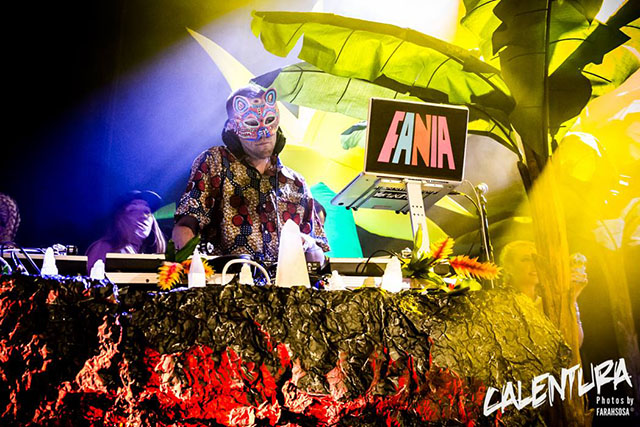 It seems like a monster task to update Fania classics for a new audience, but the legendary label was able to knock it out of the park by teaming up with global bass DJ crew Calentura for a compilation of remixed tracks from the iconic catalog.

Calentura: Global Bassment was the brainchild of Canyon Cody, Fania music’s Vice President of A&R. As executive producer on this album, Cody connected songs from the Fania catalog with an artist/DJ, who would remix the track.

The salsa classics are re-envisioned into a whole host of global bass subgenres, yet they’re not too obscure. In fact, while it’s a given that one will hear them at the next installment of global bass parties such as Que Bajo!? in New York, Peligrosa in Austin, Texas, or Movimientos in London, it’s not so far-fetched to imagine some of these tracks being spun by mainstream Latin DJs, such as Alex Sensation, who lights up New York’s La Mega 97.9 on a Saturday nights.

Cody recently spoke with Billboard magazine about his vision for this album:

“I think this is a really natural evolution for Fania, which has always been about experimental popular dance music. [Willie Colon, Hector Lavoe, Johnny Pacheco and the other Fania artists] brought together Caribbean and Latin American influences with funk and jazz in the sixties and seventies. Now we’re mixing Fania’s history with what’s going on on the dance floor today. Whether that’s house or hip hop, it all falls under the umbrella of mixing our past with our future. I grew up with this music, but I wanted to express where we are now.” (Read more here.)

Stream the album before, and pick it up on iTunes.