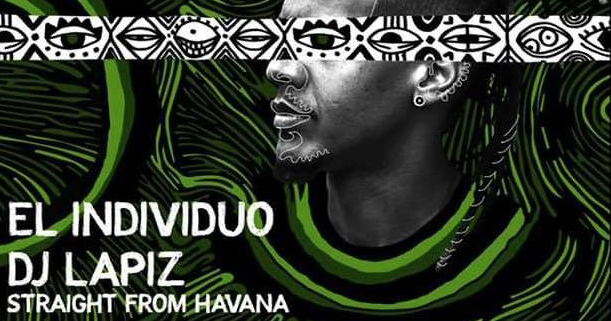 The Cuban rapper El Individuo (real name: Rafael Bou), who made the pages of the New York Times in 2017 for his track, “Mi Raza,” is making his New York City debut, but there’s only one opportunity to catch him live. Fans should plan on heading to Mad Tropical in Brooklyn on Saturday, the 27th of October.

El Individuo’s style is poetic and the production of his music has traces of Caribbean flavor—reggae, dancehall and Cuban jazz. Earlier this year, Billboard included him in their roundup of “the Cuban Artists You Should Be Listening to Today.”

El Individuo’s participation in the group Con100cia from 2009 to 2017 cemented his style as an MC in the island nation’s urban music scene. According to his EPK, his music “is based on the conviction of not having the absolute truth, but his own truth, which comes after his experience as an artist and citizen.”

Listen to his single, “De Toyo y en Talla” and watch the video below (the song’s title includes the name of the ‘Toyo’ neighborhood that he is from, and ‘en talla’ loosely translates to ‘on point’). It is out on Guámpara Music, the island’s first independent music label.

Don’t miss his New York City debut, which also includes a set by fellow Habanero DJ Lapiz, as well as performances by Venezuela/Brooklyn’s MPeach and music by Puerto Rican/Panamanian Brooklyn-based DJ Bembona. Doors open at 7 p.m. and there is no cover.