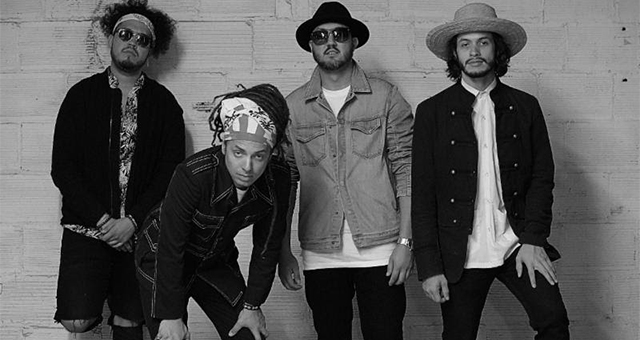 As DACA is Rescinded in the U.S., Making Movies Tours for Immigrants

It’s a trying time to be an immigrant in the United States in a Trump presidency. In September, DACA recipients were dealt a blow when President Donald Trump rescinded the landmark program. Meanwhile, immigration officials across the country have been ordered by government officials to do their best in portraying undocumented immigrants swept up in mass raids as criminals.

So what’s a pro-immigrant band with a loyal following to do? Go on tour in support of immigrants, naturally.

Kansas City’s Making Movies, who put out I Am Another You, an immigration themed concept album that spent time on Billboard’s Latin Pop, Latin Album, and World Album charts earlier this year, is kicking off a 22-date “Immigrants are Beautiful” tour. The band is also offering free tickets for DACA recipients via this link.

“It’s time to realize we are all part of this continuum, this beautifully flawed human race that has migrated from every continent to bring us all the beauty we enjoy today,” said Enrique Dante Chi, the band’s lead singer and songwriter. 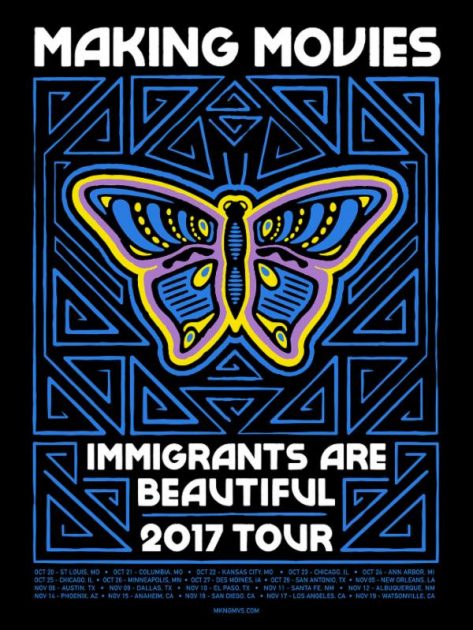 The band also plans to release a new EP, You Are Another Me, which will feature collaborations with David Hidalgo of Grammy-winning rock band, Los Lobos, and Philthy Dronez of “popteño” group, SuenaTron, on the 1st of December. The EP will be an evolving album, the band said in a press release. Additional recordings and collaborators will be uploaded monthly for a year after its release.

“Since making the album, the tides have shifted and the underbelly of systematic racism has reared its ugly head. It is time for us to raise our voices,” Chi said.

The band also continues their important work of running a music camp for underserved youth in Kansas City, many of them Latino.

Making Movies is an American rock and roll band that has captivated audiences with their interweaving of Afro-Latino rhythms and psychedelic rock ‘n’ roll. The band was formed in Kansas City in 2009 by singer/guitarist Enrique Chi and his brother, bassist Diego Chi, and joined by percussionist Juan-Carlos Chaurand and his brother, drummer Andres Chaurand.