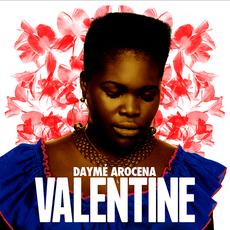 Daymé Arocena is a sign of the changes in Cuba, of opening up, a country spreading its wings into the face of a globalised and capitalist world. Her mentor is the legendary DJ, broadcaster and producer Giles Peterson, and she’s spent the last two years travelling around the world performing and soaking up music from all over. Her upcoming album Cubafonía, to be released 10th March by Brownswood Recordings, is undoubtedly defined by these experiences with its global feel, and notably the use of English in her songs. However, Daymé is also a sign of the desire to conserve Cuban rhythms and traditions, to hang onto them and treasure them despite the overwhelming effects of foreign investment in Cuba.

The third track to be previewed from the album is “Valentine”, just in time for the day itself. A loose, jazzy changüí (a predecessor of son and salsa), “Valentine” is a smooth and steady track paying tribute to a classic rhythm with a Daymé Arocena twist. This is Caribbean feel-good with classic jazz, and its guaranteed to get you moving in your chair. The singer’s upbringing in an Afro-Cuban Havana neighbourhood comes through strongly in the layered percussion and chanting vocals,

Cubafonía promises more of this cool, sophisticated sound from Daymé, so stay tuned! Check out the other pre-released tracks from the album here.