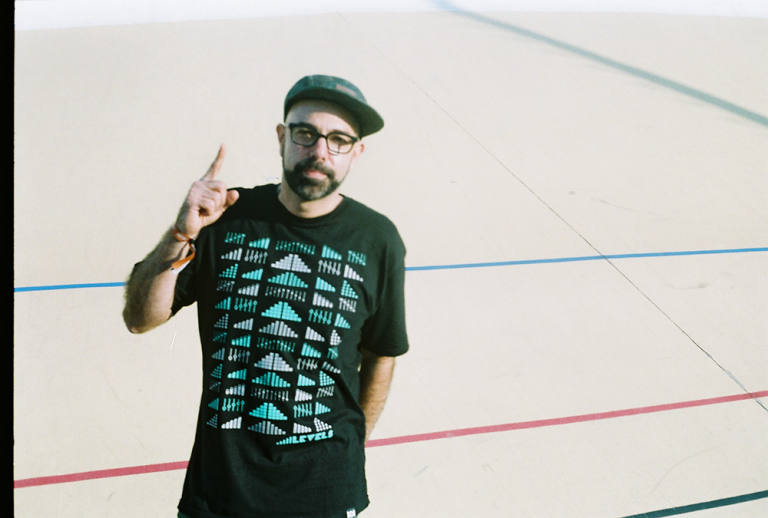 The year 2016 was an intense one, with ups and lots of downs, but it was undeniably full of possibilities down here in Chile. A chance to see many exciting underground acts coming together, mixing genres and sharing knowledge and stages, with a couple of festivals and clubs putting them alongside big international acts that were also an interesting ingredient lighting up the music scene.

One of these events was this year’s Red Bull Thre3Style Championship finals happening in Santiago, which brought a batch of classic DJs associated with turntablism and the original technique born in the early days of hip-hop. Among them was DJ Nu-Mark from the iconic 90s alternative rap super-group Jurassic 5, a band that has maintained the heritage and the sound aesthetic of the golden era in North America. 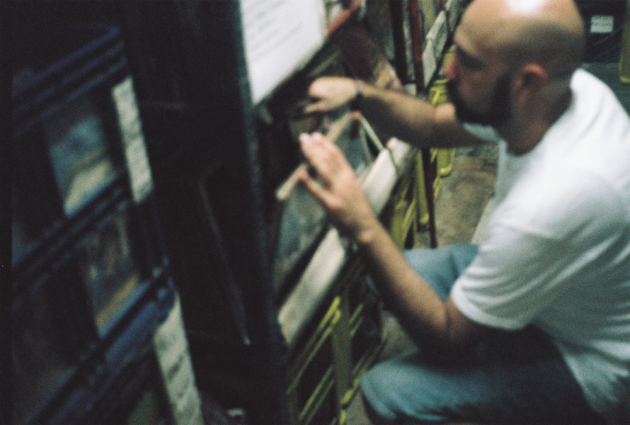 During his week-long stay in the city, we took the opportunity to approach him with a particular invitation. We wanted to go with him and grab a couple of records at Barrio Franklin. For those not familiar with the urban structure of Santiago, Franklin is a popular suburban neighbourhood not included in most of the city tours, but that has this crazy flea market with street vendors and old warehouse stores that opens only on the weekends.

Filled with exotic food, old furniture and obsolete technology, it is an adventurous place for crate diggers as you can imagine. Although there are a lot of shops, we went straight to a store with no name owned by an old man called Jose Antonio Concha, where you have these old boxes of wood and plastic that are used for soda bottles, with tags like “Brazil”, “Folklore” and “Random Records” all housing vinyls in different conditions. Nu-Mark, whose show on December 14th was infused with Latin rhythms, moved around cumbia, Brazilian music and some Chilean rock oldies in his search. 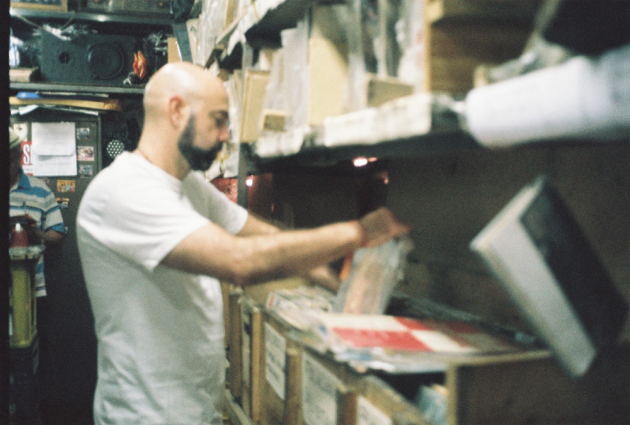 At first, we need to talk about one Chilean band that is famous among the sampling heads, and from which Nu-Mark took two albums, Los Angeles Negros. Sample credits from them are included in rap albums by Beastie Boys, Jay-Z, The Beatnuts, Damian Marley, Cypress Hill and Slum Village, among others. Known as the originators of rock ballads in Chile, they began a prosperous career in Mexico in the 70s, and perhaps it’s this proximity to the north of the continent that explains their mostly unknown influence on US hip-hop.

In another mood, a record that stood out is one with a very appealing title, Supercumbias. This was a compilation pressed in Chile in the year 1966, that included music from all over the continent: Mike Laure from Mexico, Tulio Enrique León from Venezuela, and a classic band called Los Wawanco, formed in Argentina by immigrants from Chile, Costa Rica, Peru and Colombia, who later added a local from Buenos Aires. On top of that, Nu-Mark took a load of 45″ with heavy emphasis on cumbia, remembering the love he has for the South American rhythm, present in his single “Tropicalifornia”, with the British tropical enthusiast Quantic.