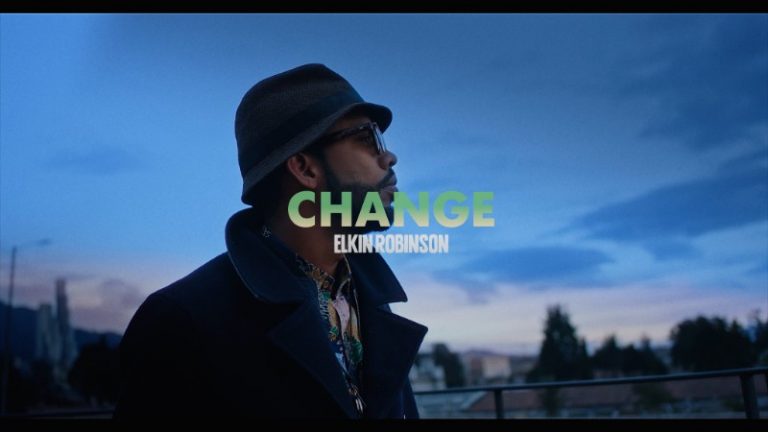 With December officially upon us and the escalating festive madness well and truly in its stride, most can relate to the search for familiarity amidst chaos. Compared to the impending sense of disorientation that Colombia’s Elkin Robinson must feel when he heads from the laid-back Colombian islands of San Andrés and Providencia (inhabited by some 70,000 people) to the swelling megalopolis of Bogotá, however, it’s probably safe to say Christmas with the in-laws is a breeze.

In a timely check-in with the feel-good singer-songwriter, it is exactly this sense of disorientation that young film-maker Juan Gomez has tried to capture in the two and a half minutes afforded by “Change”, one of the stand-out tracks off Elkin’s debut album Sun a Shine.

The mellow track, written alongside Richard Blair (Sidestepper), features talk of fresh starts and coming together. In a video that follows the figurehead of San Andrés y Providencia’s music scene working his way through the Colombian capital, with friendship and social gatherings painted as the primary sources of refuge amidst disorder and chaos for the out-of-place islander.

Juxtaposed opening scenes pit Robinson, colourfully-kitted out in a tropical island shirt and sunglasses, navigating an unremarkable Bogotá side street against a silhouetted mountain backdrop, before finding familiar faces in the barber shop. An ‘Old Providence, New Roots’ (a collective of musicians and artists from the islands aimed at driving fresh creativity amongst the community) sign hanging on the wall offers a nod to safe and familiar surroundings.

Heading on from one safe haven to another, the city’s bustle is captured through blurred scenes of mariachis, locals hoarding their wares through the streets and iconic Bogotá music venue Latino Power before arriving to play another show for more familiar faces, once again in the company of good friends.

A feel-good video for an upbeat song in a celebration of getting together with those we hold dearest. We might have just stumbled across the perfect alternative Christmas video for 2018.