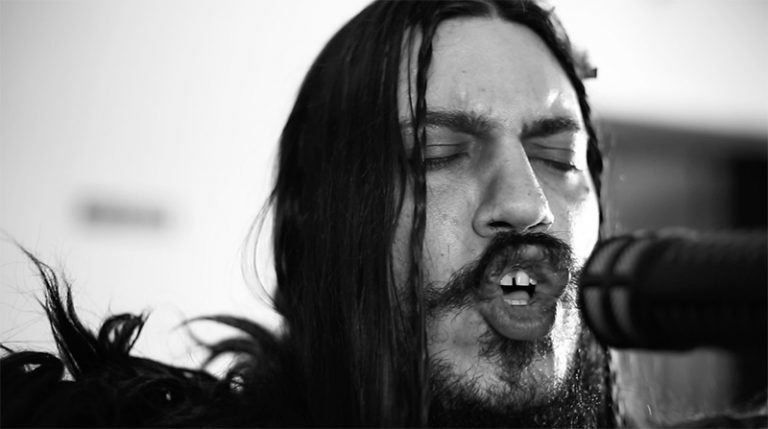 2017 marks 100 years since Violeta Parra was born, as well as 50 years since her death. To pay homage, two of Argentina’s most distinctive voices, Shaman Herrera and La Nadia Matilde, have joined forces to record a duet of “La Lavandera”, the last song that Parra ever composed.

Solely with the piano of Julián Rossini as accompaniment, Herrera and La Nadia soar to the words of one of Parra’s most elegiac songs, the sad tale of a washerwoman. Reading the lyrics it’s easy to understand why Herrera regards Parra as one of the greatest poets in Latin America, saying that “she gives the songs so much of what’s inside her, so much of what’s deep inside her own human misery, putting herself there and doing so in such a raw way. It’s beautiful when someone expresses purely what they feel and what they think and can put that into exact words. I listen to [her music] and I feel beautiful but at the same time it hurts.”

The story behind this rendition of “La Lavandera” begins in 2016 when La Nadia Matilde, along with Silvia Gómez, two prominent Argentine folklorists, invited Shaman (lead singer of Shaman y Los Pilares de la Creación) to sing the song in a performance they were putting on in La Plata. The partnership worked so well that they then decided they should record it and release it, seeing the synchronicity with Violeta Parra’s birthday as a sign that this was the right thing to do.

“La Lavandera” is released by Concepto Cero. Watch the exclusive video for the track below. Links to download/stream the track follow the video.