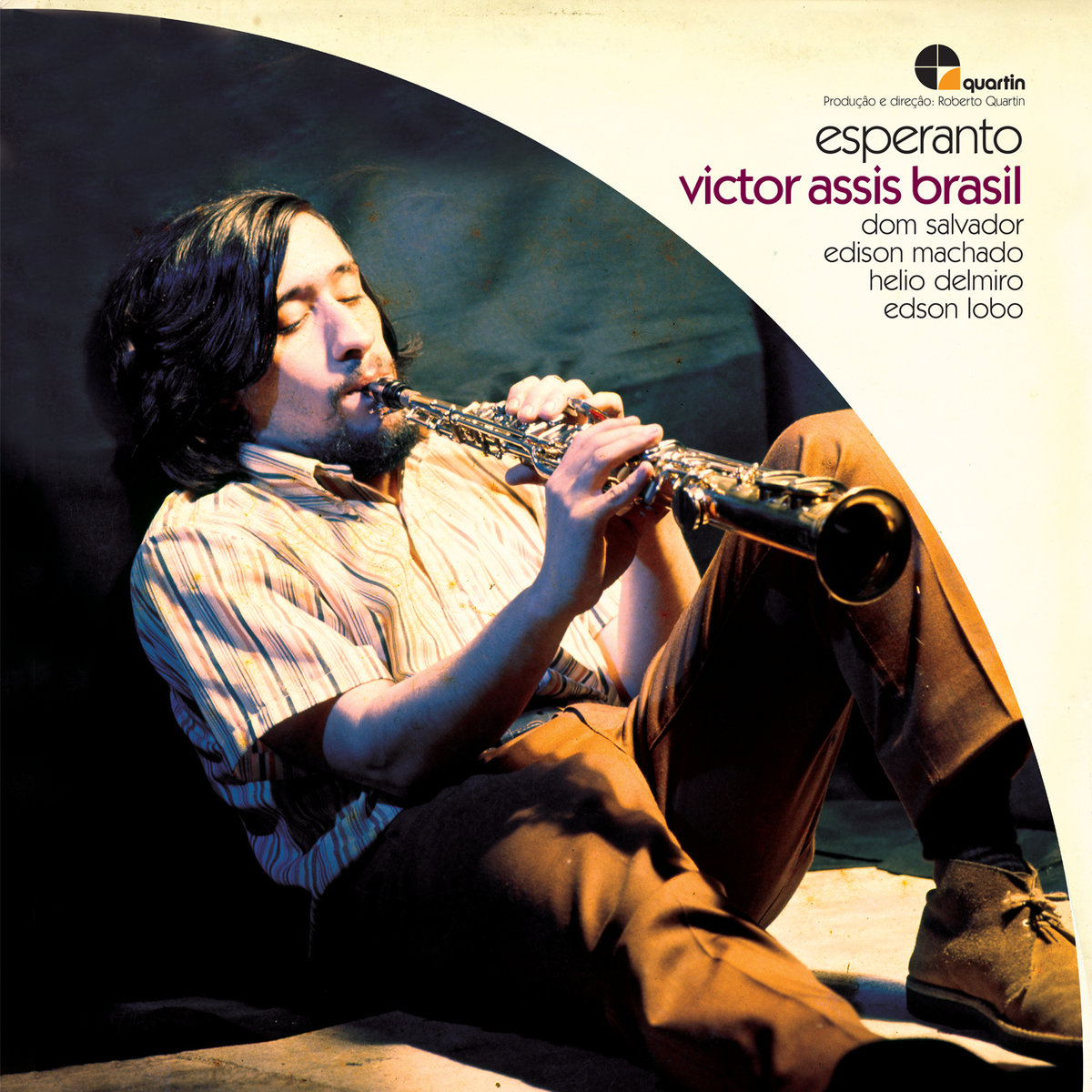 Far Out Recordings continue their series of reissues from Brazil’s prestigious Quartin Records with a re-release of jazz rarity Esperanto by Victor Assis Brasil. Originally recorded in the summer of 1970, the album contains four original compositions including “Children”, a track never before pressed on vinyl, as well as a Latin-jazz cover of Jimmy Heath’s “Ginger Bread Boy”.

Esperanto showcases the range of Assis Brasil’s skills as a saxophonist, moving from the frantic pace of “Quarenta Graus A Sombra” to the more pensive tones of “Marilia” and “Ao Amigo Quartin”. While considered a prodigious musical talent in his own right, this album was recorded in session with several other highly-revered Brazilian musicians, Edison Machado on drums, Helio Delmiro on guitar and Dom Salvador and Edson Lobo on bass.

Victor Assis Brasil released his debut album only four years after being given his first saxophone at the age of 14, with a second album to come the following year. Granted a place at Berklee College of Music, the young prodigy moved to the US from Rio de Janeiro to study between the years of 1969 to 1973. Here he found himself playing in the company of American jazz greats Dizzy Gillespie, Clark Terry, Chick Corea and Ron Carter among others, returning to Brazil during the holidays in 1970 to record Esperanto with Roberto Quartin. Unfortunately Assis Brasil’s talent was cut short at the age of thirty-five when he passed away from a rare circulatory disease.

This release from Far Out Recordings comes as part of their Quartin series and follows the recent reissue of Victor Assis Brasil’s Toca Antonio Carlos Jobim. This jazz reimagining of Tom Jobim’s soothing bossa nova classics was recorded in the same sessions as Esperanto in 1970. The Quartin series is a digger’s delight and breathes new life into the underexposed music of Roberto Quartin’s self-titled record label. To date it has also featured reissues of José Mauro’s Obnoxious and Piri’s Voces Querem Mate?, with Mauro’s A Viagem das Horas still to come.

All releases in the Quartin series have been re-mastered from the original 2” tapes. The CD and digital versions of Esperanto come as a double release alongside Toca Antonio Carlos Jobim and feature previously unreleased alternative takes of “Marilia” and “Ao Amigo Quartin”.

You can order Esperanto on digital, CD and vinyl from Bandcamp.