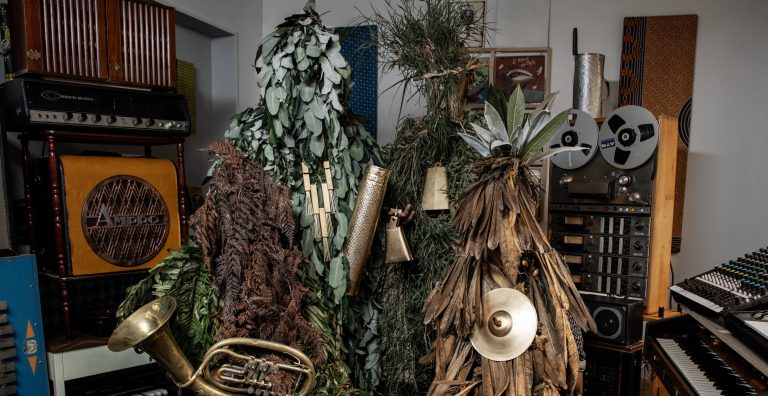 After something of mini-hiatus in the build-up to this year, 2018 has been quite something for Colombian trailblazers Frente Cumbiero.

A Japanese tour incorporating Fuji Rock Festival, a fistful of Mexican dates through August and September, an extended shimmy around Europe in October, and November dates in Argentina and Chile have all played their part in taking the groups’ cosmic brand of cumbia to new frontiers.

On top of globe-trotting, Frente have also been leaving something of a physical treasure trail in their wake too. The limited edition (300 copies) Japanese release of “Sondirama / Crema Mental” via Japan’s own Okra Records back in July has also been accompanied by a bumper, five-vinyl box set of tracks from the Frente Cumbiero Meets Mad Professor album (500 copies). Available on 7-inch through Mexico/Colombia based La Roma Records, the latter incorporates a number of the album’s core tracks together with the dub mixes of “ChucuSteady”, “ChumbiEtiope”, “La Bocachico” and an unedited dub mix of “Guachaca”.

Two very worthy additions to any burgeoning vinyl-collection, a trail of live dates in their wake and plenty more to look forward to upon re-entering the fold. It’s all quite exciting if you ask us. As we sit patiently waiting to see what 2019 will offer up, why not join us in satisfying the itch with this video of the groups recent 2018 Womex performance in the meantime. Epa!