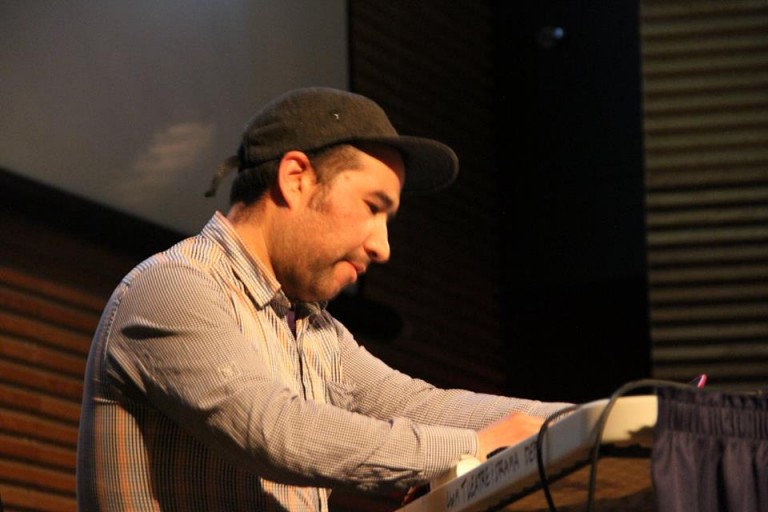 Paisajes En Tránsito relates the experience that Lluvia Acida, Namm and Frank Benkho had playing in North America for the first time, for an event that showcased the sonic experiments being made in Chile. The privileged audience was the Stamps Auditorium of the University Of Michigan and the occasion was the third Exploradores Del Sonido encounter, that had previously taken place in Santiago (2012) and Punta Arenas (2014), both cities in Chile.

Usually performing in small venues at alternative festivals and art conventions, the three music projects have built up a strong reputation in Chile’s underground scene, even in the case of the Lluvia Ácida duo, who come from the extreme south of the country. Frank Benkho is the parallel project of Mika Martini, co-founder of the experimental Pueblo Nuevo record label, and Namm is in charge of Jacobino Discos, another net label showcasing musical experimentation.

Now you can watch them perform and share their emotions with the lens of Rafael Cheuquelaf as the crew travel from Michigan to New York, Ann Arbor and Detroit. Paisajes En Tránsito also givens you an insight into how this amazing adventure was born, all accompanied by the beautifully deep and detailed music that made this cultural exchange possible in the first place.

Watch the documentary below: