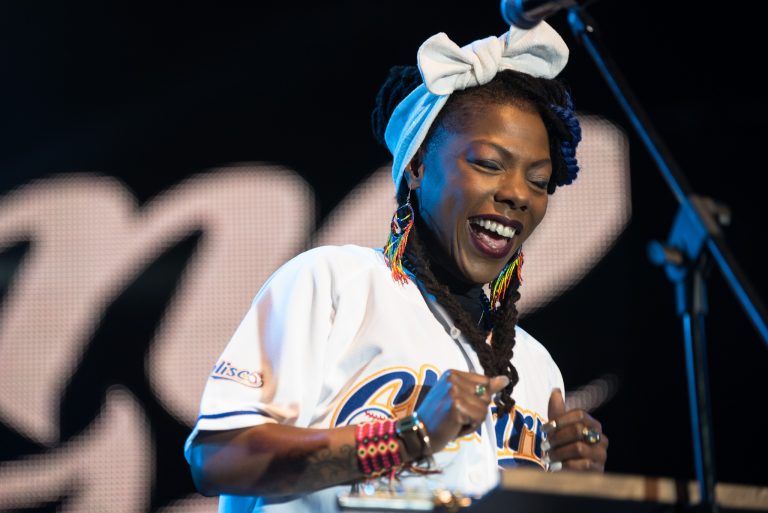 La Dame Blanche, is the project of Yaite Ramos Rodriguez, a Cuban singer and musician currently based in París, Francia. Ramos is from a family of outstanding musicians, including members of the Orquesta Buena Vida Social Club. Before launching a solo career, the singer gained experience working with Sargento García y Orishas, both in the studio and in concert. So far, La Dame Blanche has performed at Festival Internacional de Jazz de Montreal, Summerstage NY, Sziget Festival (Hungary) y Jazzmandu Festival Kathmandu (Nepal), amongst other events. On December 4th she visited Mexico for the first time, presenting her second album on the closing day of the Feria Internacional del Libro de Guadalajara, one of the main cultural festivals in the country. 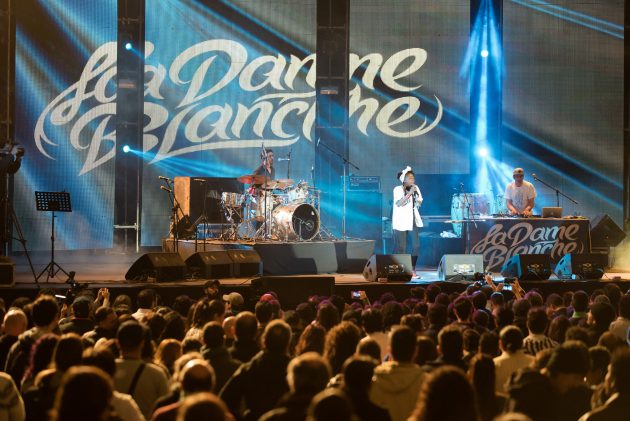 In the show you could hear tracks off her first album, her new record as well as a couple of tracks that are yet to be recorded as she’s working on them with her studio team. The energy on the stage was incredible and caused a stir amongst the audience, especially for the interaction between the drums (Pierre Mangeard) , sequencer (Marc Damble), and the flute and vocals of Yaite. The rhythms were a fresh mix between hip-hop, reggae, Latin rhythms and electronica music combined with rhymes and melodies that had some influence from flamenco. The show was the first performance from La Dame Blanche on her tour of Mexico, that afterwards would head to Monterrey, Ciudad de Mexico and Cuernavaca. We await to hear news of being able to see her again live soon.

On the other hand, her second album La Dame Blanche 2 was released by Wakan Tanka Records, a European record label that is run by El Hijo de la Cumbia and that also has Mambe & Danochilango, El Barba Dub on its roster. The album was produced by Babylotion and co-produced by El Hijo de la Cumbia in Substudioz in Paris, France. The album has 17 songs that balance an influence of Latin rhythms with elements of hip-hop, dub, reggae, world music and electronica. The lyrics are focused on social issues and stories from her own neighbourhood that are combined with flows that pass through various parts of the world. A few months ago the video for her first single, “Esa Noche”, was published online. You can check it out below.