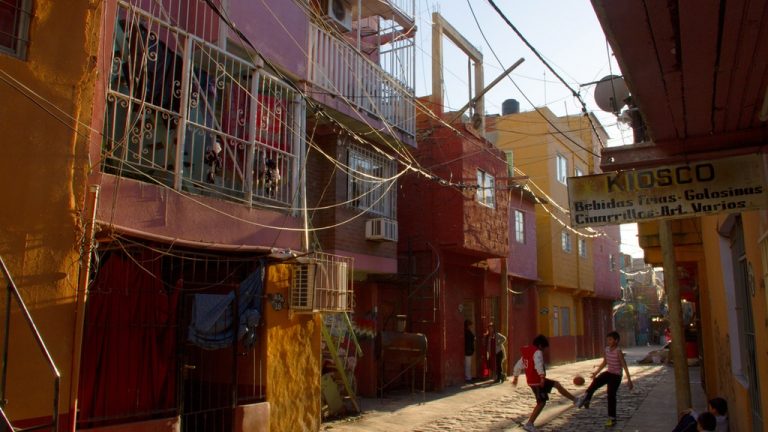 As most people are aware, deforestation caused by large scale industrial farming is a critical issue threatening the worlds ecosystems, and contributing to the mass extinction of species. It also impacts our cities and communities, as many medium and small scale farmers are edged out and left without a means to support themselves and their families. Many must migrate to the cities for jobs, and find themselves living in informal settlements. Due to a lack of access to housing in Buenos Aires, roughly 60% of urban migrants find housing through the informal housing market.

Informal urban settlements are the fastest growing areas of cities like Buenos Aires and have huge implications for the future success and stability of our cities and societies. I spent a year living in one of the largest informal settlements in Buenos Aires while shooting a documentary project [teaser video at bottom of page], and am currently raising funds via Kickstarter for a short narrative film [with the working title of A La Orilla] about a young teenage girl from Santiago del Estero who moves to the city to escape rural poverty and must suddenly adapt to life in an informal settlement in Buenos Aires. The film is inspired by real characters and stories and would be shot in the neighborhood where I lived in Villa 31 with local non-professional actors.

For more info and to contribute to the project check out the Kickstarter link below: