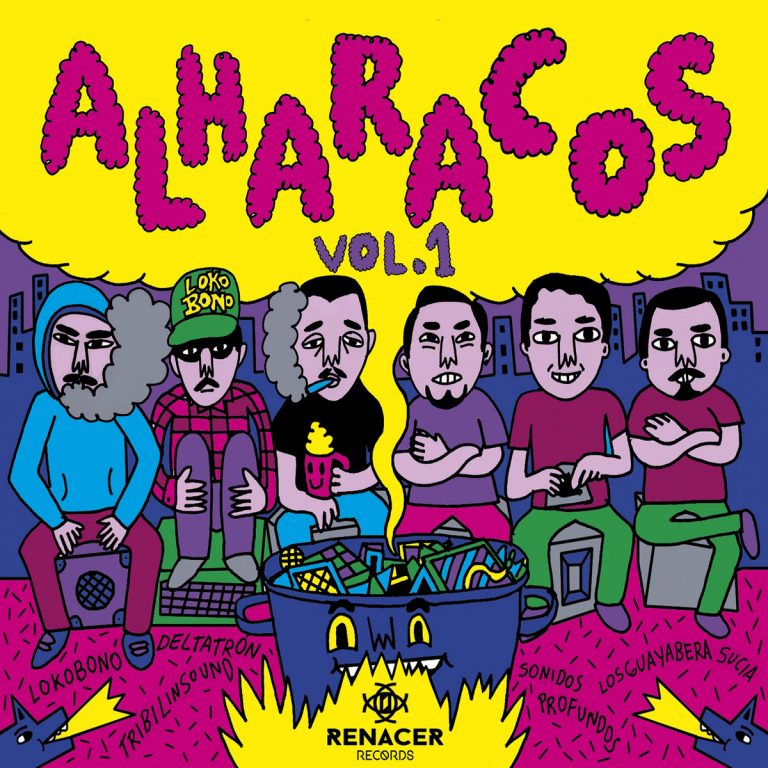 Recently, Lima has turned itself into the capital of tropical bass and electro-latino sounds, heralding a second wave of the movement that exploded in Buenos Aires and then passed around the continent, with heavy rotation also in Uruguay, Ecuador and Colombia, and with much interest from specialist media all around the world.

To be fair, sometimes the interest for these kinds of sounds is more intense in countries abroad, with a clear example in this being that the most renowned album of electronic tropical explorations from Peru came from the UK label Tiger’s Milk, led by Duncan Ballantyne and London-based Peruvian chef Martin Morales. So when you know there is a new compilation putting together different producers from the scene, made completely in Lima, it’s exciting and fresh.

Renacer Records‘ first volume of Alharacos is a trip that leads you from the kind and chilled out cumbia steppers of Olaya Sound System founder Matteo Bonora, also known as Loko Bonó, then, through a remix of one of his tracks you get to the underdog Tribilin Sound, one of the best deliverers of dub cumbia in Lima. Things start to get darker when Sonidos Profundos come in, with his heavy bass Afro-Peruvian rhythms followed by the work of in-house outfit Los Guayabera Sucia. The album closes with a couple of tracks by Deltatron, who is currently conquering the world with his neo perreo dembow productions.

An interesting thing about this collection is that every producer has two or three songs, and they are not shuffled, making the album almost into a showcase for the various producers to show off the tracks they’ve brought. This way, you can move through the different influences and styles that the genre has to offer, making it hard to think that this is a scene that might fade away any time soon.