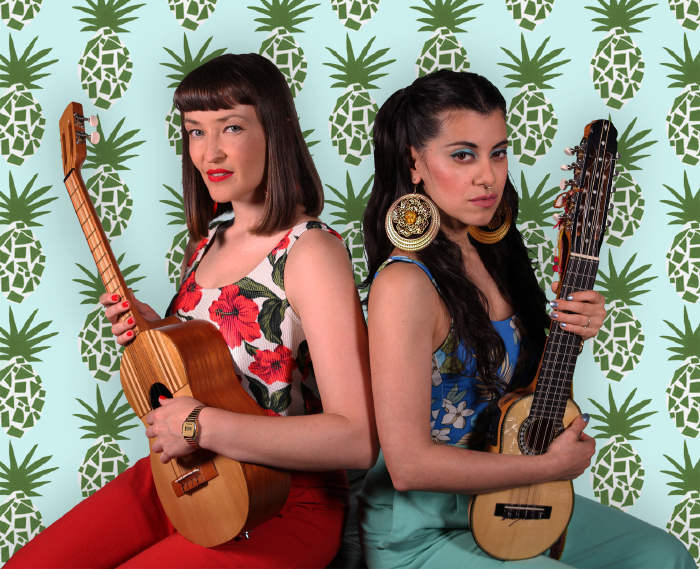 Two Chilean musicians came together for a special concert at Santiago´s GAM. An impressive and culturally significant space devoted to the arts, shows at the GAM just seem to signal an occasion. There is no bar, no extra noise – we are seated, and the lights are dimmed. No phones, no selfies, no chatter. This is a show for people to listen and focus on the music and nothing else.

And it is a unique event, so this a fitting venue. Mariel Mariel and Paz Court have known each other for years; the two met when building their respective careers on the Mexican circuit, constantly seeking a window for them both to be back in their homeland to make music together. Mariel is returning to Mexico for a tour later this month, so it’s a good thing they found time for this one-off gig.

The set alternated between songs the two sung together, followed by solo renditions of their respective songs, which they took turns in performing. Paz Court is of a jazz background, her ukulele-based tracks make for melodic, luscious pop. She opened the solo segments of the show with her single “Cómeme” followed by new track “Amor Amor”. Mariel Mariel has a more urban, cumbia-rooted style, a change in tempo which kept the show well-paced and engaging. She referenced the ongoing movement against sexual harassment with her track “Los Limites” and later performed her version of Jorge González’s “Cumbia Triste”; an instance when it was a shame the audience was seated, as the track just made you want to move.

At times during the duets, Paz’s powerful vocals enveloped Mariel’s, which made their harmonies somewhat diluted. Yet, for their new single “Dulce Sabrosura”, the vocals worked well together, and the track itself neatly combines their respective styles, resulting in a cool, breezy song which works perfectly to soundtrack the rising heat of the coming summer [south of the equator].

A special mention to the live band for their gorgeous renditions of both musicians’ songs, it is their input which made them blend so well together. Let’s hope that this collaboration can result in more live shows – next time in a less formal venue, so the audience can participate, interact and dance.