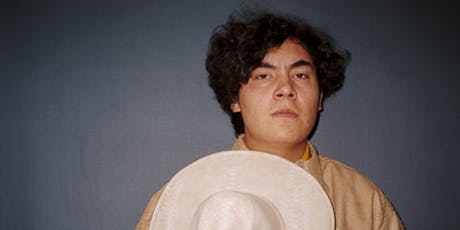 He’s only 18, but his voice and straight-forward folk lyrics are anything but. Meet Ed Maverick (real name: Eduardo Hernández Saucedo), a Mexican artist who has become a viral sensation with his smash hit “Fuentes de Ortiz,” which has now passed 100 million total streams.

Maverick makes his New York City debut in Brooklyn tonight, the 26th of November, at Baby’s All Right.

Born in the state of Chihuahua, Maverick writes undeviating folk lyrics because of where he’s from, he explains in this [captioned] video interview with PlayGround. “Norteño folks are straightforward. We don’t fool around. We are also quite stubborn and obstinate. That’s something reflected in Norteño music most of the time. That’s why my message is kind of raw,” he says. “It’s a beautiful feeling and it’s what I aim for.”

The young folk singer, whose voice & delivery somewhat remind us of Airborne Toxic Event’s lead singer Mikel Jollett(if he sang in Spanish), has a new song, “nadie va a pensar en ti mejor que yo (no one is going to think of you better than me).” Listen to it below, and follow Maverick’s tour dates on Facebook.