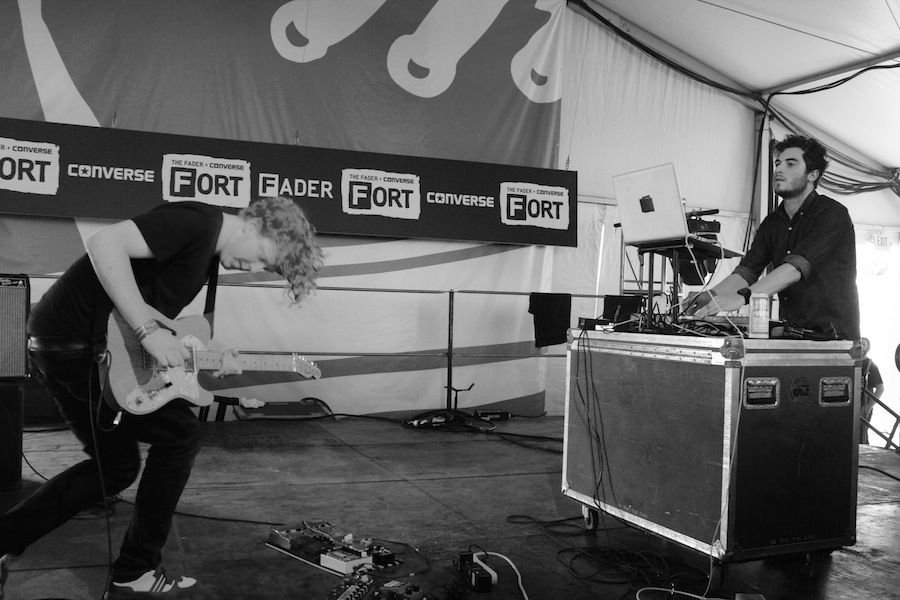 Chilean/North American DJ and producer Nicolas Jaar has released a taster for his latest project, the new Darkside album in collaboration with US musician Dave Harrington. It is the duo’s first full-length record of original material and follows on from 2011’s Darkside EP and the recent Daftside remix album of Daft Punk’s mega-selling Random Access Memories.

An eleven-minute snippet of the still-untitled new album is available as a free download on the Other People wbsite, but only for a limited period. It’s tantalisingly short but highly seductive, a steady building of  slowed-down grooves and wholesome electro goodness. The head-noddingly spacey beats, aligned to some delightful hooks, mean we’ll definitely be keeping an eye on this one.

You can download the ‘11.20’ Darkside album sampler from the Other People website. At the moment it’s free but users will have to become members to keep downloading after that. Full details on their webpage.