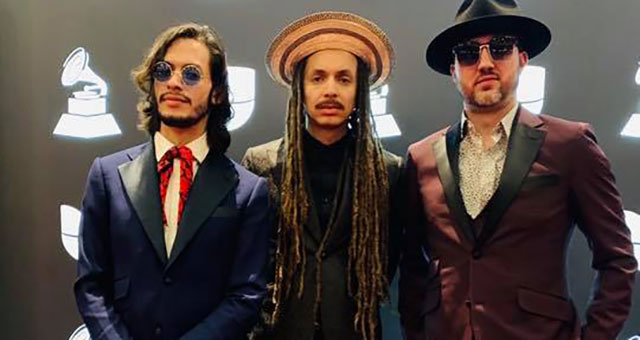 Indie immigrant rockers Making Movies drop a new Spanish-language single as they’re in Mexico City, set to open for one of their mentors, Panamanian great Rubén Blades, at the famed teatro Auditorio Nacional.

“Accidente,” says lead singer-songwriter, Enrique Chi, is about the “profound clarity in the darkest moments of our lives, that feeling when you’ve just survived a car wreck or you are facing the loss of a loved one. All of a sudden big life decisions don’t seem so confusing and priorities are instantly re-aligned.”

Reciting the lyrics in the song, he continues– “there is a romance to it, the narrator is asking to be joined and stay in that place of clarity, ‘solo existe el momento,’ only the moment exists, there is no past and there is no future all we have is now.”

The art for the single depicts “Cheryl,” an award winning 1960 Austin Healy 3000 race car that was in an accident as the band was brainstorming cover art for the single. “The car was owned by a friend of the band and his accident felt like more than a coincidence,” says Diego Chi, bassist, “He took this incredibly tragic photograph [of the car] and we wanted to turn it into something beautiful.”

Listen to the track below.

Fresh off attending the Latin Grammys, Making Movies will will open for Blades at the Auditorio Nacional in Cuidad de México on the 20th of November. Blades will join them on stage to perform their collaborative single “No Te Calles,” which appears not only on Making Movies’ most current album, but is the first track on Blades’ Paraiso Road Gang, which was nominated for the Latin Grammy Album of the Year.