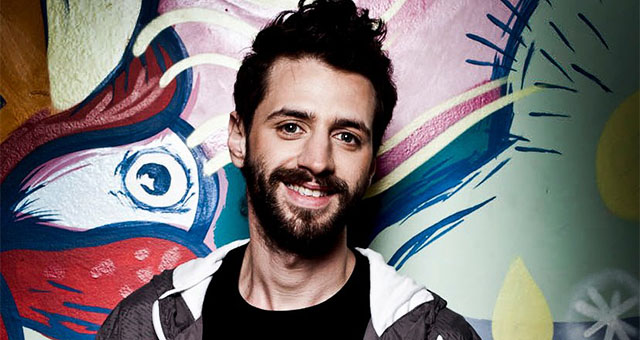 The album was inspired by a trip that he took through Latin America:

“It’s a synthesis of that exploration, of going to the city and studying music production, of learning to play guitar, then diving into electronic music, and traveling all over. That whole combo of moments and journeys gave way to Lagartijeando,” he tells Remezcla.

Lagartijeando has been releasing music since 2009 (both under that name and Mati Zundel).

El Gran Poder is named after an important Aymara festival that takes place in Bolivia and Peru, purely to celebrate family. At these festivals, the community also celebrates their culture and the importance of the collective identity.

Like these festivals, the album is a celebratory one, and will tempt any listener out of their seat. The album was recorded in Mati’s town, Dolores, outside of Buenos Aires. Once again taking a huge variety of sounds— this time influenced by Brazilian house, afro-brazilian rhythms, and folkloric Andean music. All songs are written and produced by Mati, apart from Lunita, a danceable track written in collaboration with Barrio Lindo. The album was mixed in Mexico by Andres Oddone and mastered in Buenos Aires by Sebastian Cordovan.