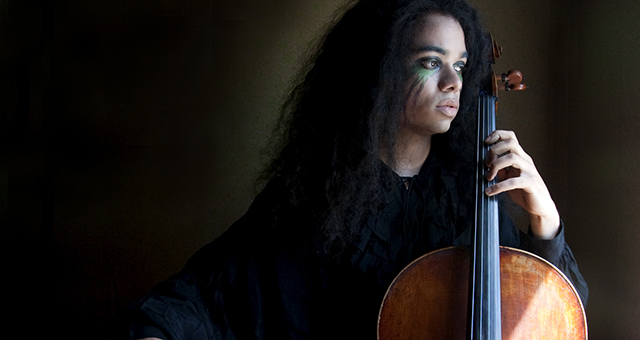 We’ve featured artists on these pages that play all sorts of instruments, but this may be the first time we feature one whose weapon of choice is the cello.

De Jesús’ music has been described as neoclassical goth, progressive pop; one site even described me as contemporary folk. The Dominican American artist prefers ‘cello-driven pop.’ Contextually, he told us, the music translates ideas of mysticism, spirituality, and mythic fantasy.

We had a chat with the Puerto Rican composer, singer, and cellist,  who has performed with orchestras and rock bands around the world, about his latest EP, The Third Climate: 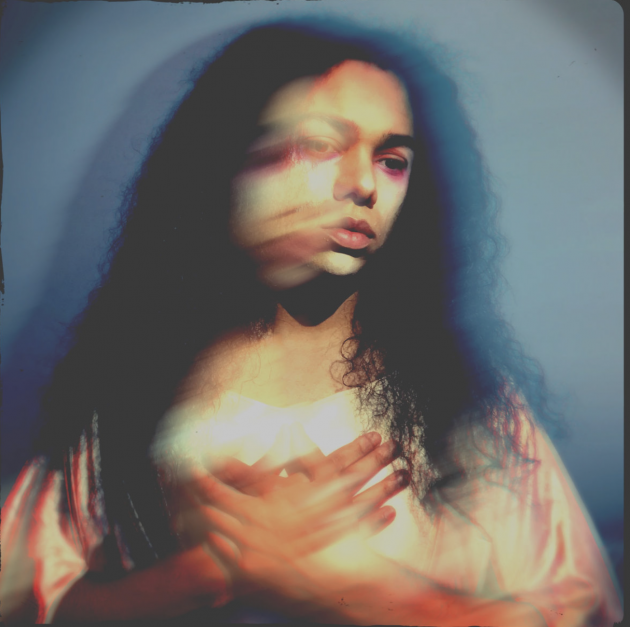 The Third Climate is the artist’s 10th digital recording

Sounds and Colours: Tell us about the song and music composing process for you.

Daniel de Jesús: My process is very much based on writing first. Sometimes the writing is inspired directly by my current interests but it is often an organic or improvised process. I fill notebooks with writing and try to collect them together with similar themes. Music can come first or melodies with the lyrics, but it varies. Recently I have been programming beats and synth motifs. I build a library of them over time like with the lyrics and then start to use them as ingredients to write songs. A lot of content never gets used but it acts as a jumping off point for me to write songs. Once I craft the structure of a song I write arrangements and additional parts. Thats the boring part, LOL!

S&C: Who are your biggest influences?

DdJ: My major influences have to be Kate Bush, Björk, and Tori Amos. These three singer songwriters have very much informed my writing style and skill as a song writer. Classically I tend to borrow a lot of ‘cellistic’ expressions from Bach, Vivaldi, and  Marais. They have written some of my favorite works for the cello.

S&C: What role, if any, do your Puerto Rican roots play in your work?

DdJ: My cultural background plays a role in my visual presentation of my work. (Explore some of de Jesús’ art here.) Visually, I am a big fan of art from the colonial era in Latin America. An example from Puerto Rico would be Jose Campeche’s work. His paintings give me a lot of ideas for costuming on stage and also his palette for the cover and makeup. His work was very Rococo in style but it had a Puerto Rican twist with the use of pastel colors that was more Caribbean in flavor.

Stream de Jesús’ single “Mad Blood” below and keep up with his visual art and music at his website.

Also check out this performance of “Virgen del Carmen,” which he performed at “Weaponized Consciousness: Performance for Queer Resistance” at the Leslie-Lohman Museum of Gay and Lesbian Art in New York City in 2017.