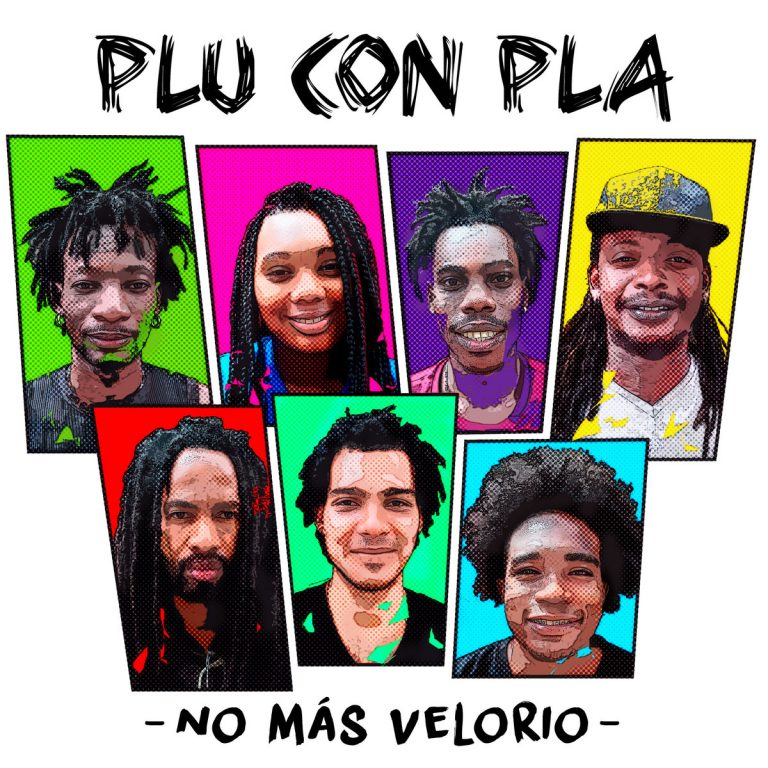 If you’ve been reading this site for a little while now you might have gathered that there is something of an ever-widening spotlight shining on the music emerging from of Colombia’s Pacific coast at the moment. The region has of course been home to some of Colombia’s most exciting groups of recent times; Chocquibtown, Grupo Socavón, Canalón de Timbiqui and Herencia de Timbiqui have all helped attract attention to an oft-overlooked region.

Now there’s another group looking to add to that growing list; Plu Con Pla. Hailing from Tumaco, the pearl of Colombia’s Pacific coast, the eleven-piece group derive their name from plumada (a local fish dish) and platano (plantain), two ubiquitous staples that one would struggle to go without in the Nariño department from where the group hail.

As with their name, their debut EP No Más Velorio draws creative influences from around the region. Think marimba-heavy curralao alongside the chants and melodies so focal in many Colombian sounds of African origin. However, by incorporating other more western-associated styles such as reggae and hip-hop, it’s an EP that clearly looks to pique the interest of audiences further afield.

Translating literally as “No More Wakes/Funerals”, the title track of the EP is one that hits on themes close to the heart for many living in an area heavily-afflicted by conflict and land disputes that have resulted in tragic losses of life. Together with the message of the regions values, the EP is also one that calls for peace. “We ask forgiveness for whatever it is we’ve done, and we’ll live in the clouds, that way we won’t hurt anyone. We worked this soil, it was our land, but we’ll leave it to you, because we don’t want any more funerals…”

Pertinent, original and an excellent gateway for new audiences seeking a flavour of the Colombian Pacific, the EP is available from Bandcamp. You can listen to it in full below: