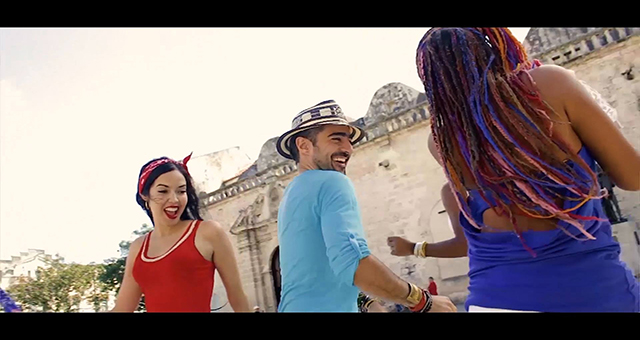 Accordionist and singer-songwriter Gregorio Uribe may be based in New York City, but he’s doing one hell of a job championing Colombian music all over the United States. It’s one of the reasons the country’s government named him one of the “100 Most Successful Colombians Abroad” some years ago.

Now, an island only 90 miles off the coast of the Florida keys gets a taste of Uribe’s music as he collaborates with one of their very own artists—Canela de Cuba.

No stranger to Cuba, Uribe met the all-female orchestra when he visited the country in 2015 as part of a cultural exchange project with Dartmouth College’s Barbary Coast Jazz Ensemble. He tells us he was impressed by the rich history of the band, whose “eclectic sound and repertoire have reached audiences worldwide and whose members have kept a unique musical tradition alive by making it a multigenerational band where mother, sister and daughter have all been part of the orchestra at some point in time.”

An impromptu trip to Cuba last year found him reconnecting with the band, where they recorded “Salomé,” an original composition and arrangement of Uribe’s that combines both Cuban and Colombian rhythms like el paseaíto, timba and songo. In addition to recording the song, they would shoot the music video in the heart of Havana.

Watch “Salomé” below and keep up with Uribe via his Facebook page.