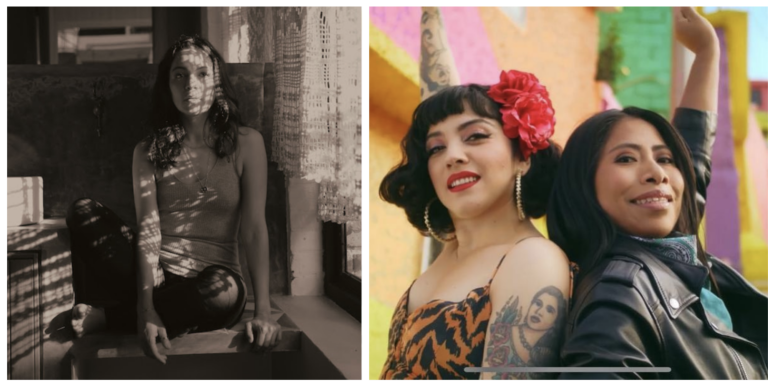 “Una Vida” is the first single by Natalia Lafourcade‘s upcoming benefit album that will raise funds for the San Jarocho Cultural Center in Veracruz, which was heavily damaged by the 2017 earthquakes in Southern Mexico.

She performed the song live for the first time earlier this fall in her benefit concert which included a star studded lineup Of Jorge Drexler, Mon Laferte, Pepe Aguilar, Cafe Tacvba and more.

“This is a song about the love that is felt for someone, but also for oneself. It’s about the unconditional loves that last a lifetime,” Lafourcade said.

Mon Laferte‘s new music video for “Plata Ta Tá,” a collaboration with Puerto Rican rapper Guaynaa, is a protest against the repression and police brutality going on in Laferte’s homeland.

The video was filmed in Ecatepec, Mexico, with the Oscar nominated Mexican actress Yalitza Aparicio making a cameo midway.

What began as civil protests over an increase in the Santiago Metro’s fare, the cost of living, and more, earlier this year has resulted in 20 deaths.

Laferte has lent her platform to the matter, being vocal in interviews about the protests, and exposing her breasts at the Latin GRAMMYs to show off a strong message that read: “En Chile torturan violan y matan,” which translates to, “in Chile they torture, rape and kill.”