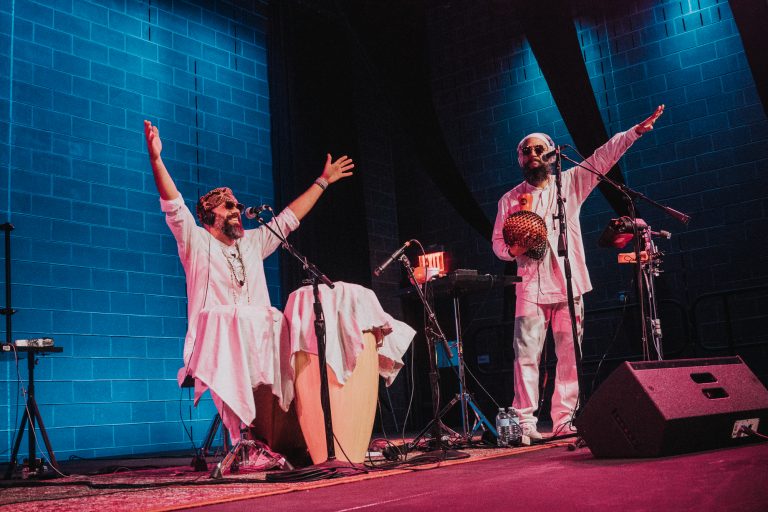 Puerto Rico’s ÌFÉ have a new video that pays tribute to late comic book great Stan Lee and Marvel Comics. Some of the lyrics in the new song, “The Tearer,” refer to the Black Lives Matter movement, the far right organization the Proud Boys, and the two mass school shootings,  Newtown and Parkland.

The track serves as a preview of their new album, which is set to drop in 2019. The group returns to New York City for a show at Bowery Ballroom with Seun Kuti on on the 11th of January (tickets).

Band leader Otura Mun tells “The Tearer” explores the energy of Oyá, the Yoruban goddess of storms and guardian of the cemetery gates. She brings the winds of change, reminding us that from chaos and destruction comes rebirth.

With ‘The Tearer,’ I wanted to write about uncontrollable change. Our smallness in the face of life’s only certainty. Sooner or later, she always comes,” he said. “I actually finished the final video edit a day before Stan Lee passed away. So the video is really a reflection on the world view put forth by Stan and the writers of the Marvel Universe, in that the heroes of this world represent the best of our moral character, struggling for the good and just treatment of ALL forms of life.”