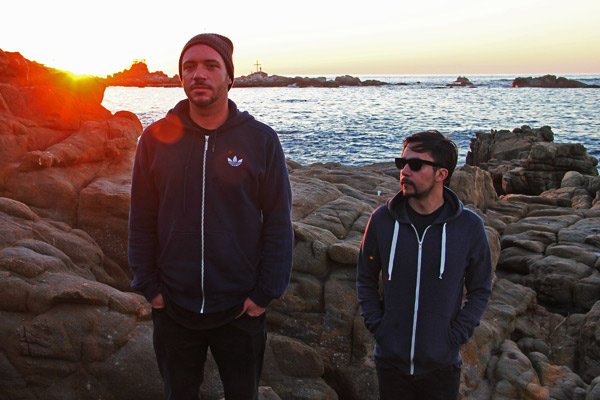 There’s an alarming moment at the start of the new video from Chilean electro duo DJ Raff and Latin Bitman when ‘Cruz del Sur’ kicks in with a stonking, David Guetta-like trance hook. It would be a big disappointment if their collaboration clambered upon the mainstream dance bandwagon by going all Ibiza-style, having previously treated us to some very delectable beats and breaks on the likes of Raff’s Latino & Proud or Bitman’s Bitman & Roban.

Fortunately, things don’t stay that way and ‘Cruz del Sur’ is actually a pretty damn enjoyable slice of electro groove, bursting with tasty vocal samples, melodic harmonies, and a magnetic beat. The track is from the RVSB (Raff vs Bitman) album which was released in March and criss-crosses various boundaries between contemporary hip hip, minimal house, and experimental electro.

The video for ‘Cruz del Sur’ uses split-screen symmetry to produce a kaleidoscopic effect that is visually engaging, if not particularly innovative, and no doubt works better beaming back of a nightclub wall than on a laptop screen. There are some pretty cool touches, and the overall tone is somewhere between heady psychedelia, ancient gods and spirits (imagery created perhaps in homage to South American indigenous culture, as both Raff and Bitman have always bigged up their heritage), and some kind of sea anenome courtship ritual. Overall I’d say it works pretty well, growing on me after a couple of viewings. Here it is for you to see for yourself. Far-out cool, or hippy nonsense?