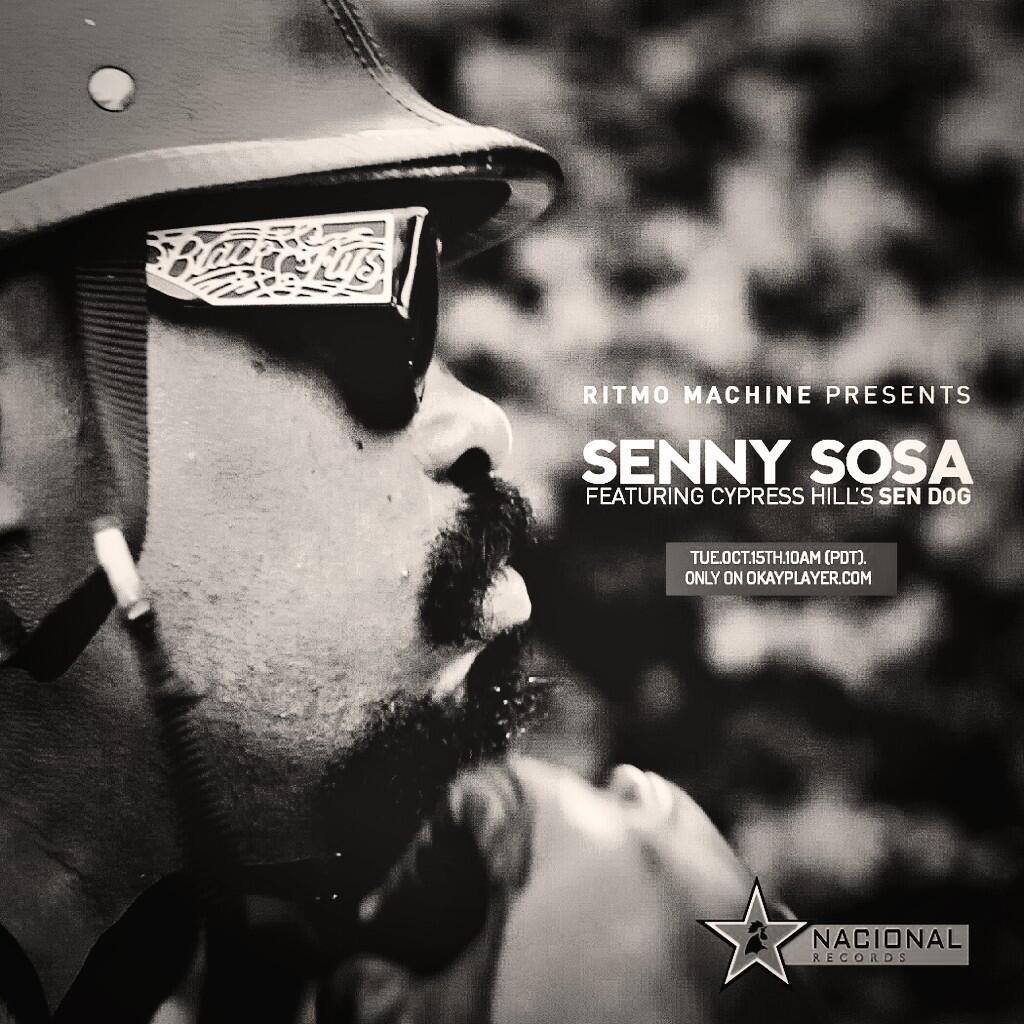 Featuring Bobo’s Cypress Hill comrade Sen Dog spitting lyrical fury, the tune packs a punch as it grimaces its way around Los Angeles, taking no prisoners and bristling with gratuitous footage of Sen Dog’s badass bald head. It’s aggressive, in-yer-face posturing is a throwback to when hip hop was straight off the streets of mother-effin’ Compton, to be feared and cowered from, rather than the conglomerate-building, clubby crap fest of today. Sen Dog clearly hasn’t mellowed since Cypress Hill’s mid-90s heyday, and it’s great to see that the rapper has no intention of behaving like the 47 year old he is.

‘Senny Sosa’, pulling every LA Gang cliché out of the bag in this textbook video, is the fourth single from Bitman and Bobo’s Welcome to the Ritmo Machine debut. A sterling effort, and a welcome blast of nostalgia as to why, as weedy teenagers growing up in suburban England, we got into hip hop in the first place. Keep it real, Ritmo.