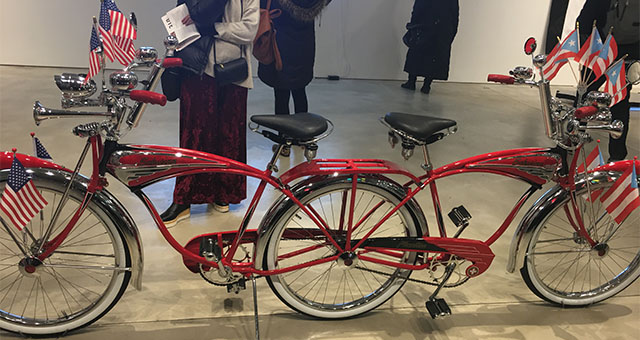 The relationship between Puerto Rico and the United States, and Puerto Rico’s current debt crisis, is the backdrop for Ride or Die, an exhibition of sculptures, paintings and related work by Miguel Luciano, a Brooklyn-based Puerto Rican visual artist. 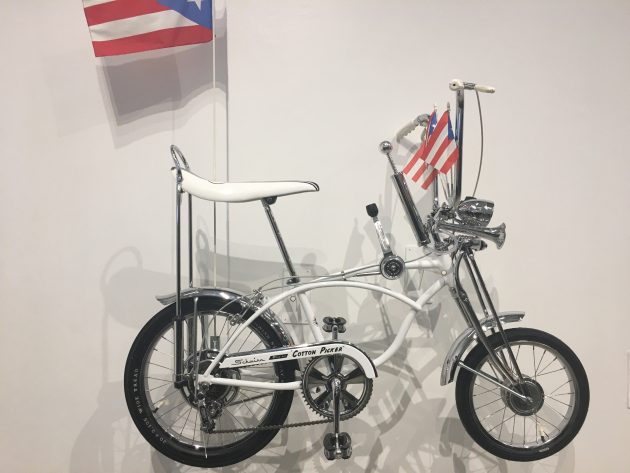 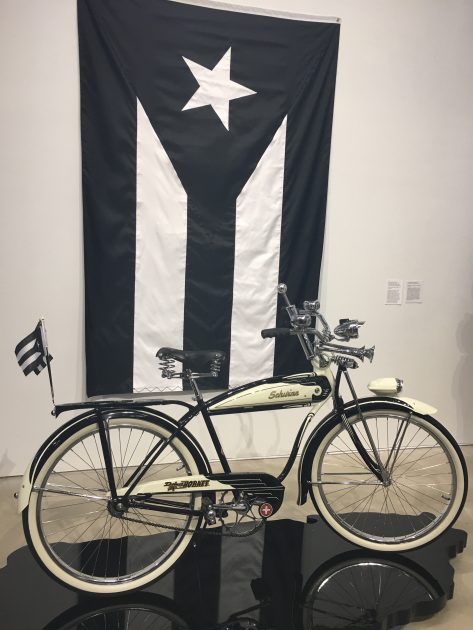 “51′(se acabaron las promesas/the promises are over)” a Schwinn Hornet dating to 1951, the year before the island became a Commonwealth.

On exhibit through 5th of March at BRIC Arts Media House in downtown Brooklyn, the work features a series of sculptures made with customized Schwinn bicycles that the artist links to flags and other objects of political and cultural significance.

According to a press release issued at the exhibit’s opening, “This body of work questions between the United States and Puerto Rico at the centennial mark of U.S. citizenship for Puerto Ricans, while also acting as a powerful commentary on the current economic crisis on the island and its impact on the diaspora. Luciano’s bikes also speak directly to Nuyorican popular culture, especially the traditions of Puerto Rican bike clubs, active in New York since the 1970s.”

Used as a form of personal and creative expression, the bike clubs also foster a tight sense of community. “In Puerto Rico, owning a Schwinn bike in decades past was a signifier of statue, a connection to wealthier mainstream American culture,” the press release says.

Watch a promo video for the exhibit, which gives a glimpse into Luciano putting the bikes together, below. The exhibit, curated by Elizabeth Ferrer, BRIC’s Vice President of Contemporary Art, is on display throughout 5th of March at BRIC.