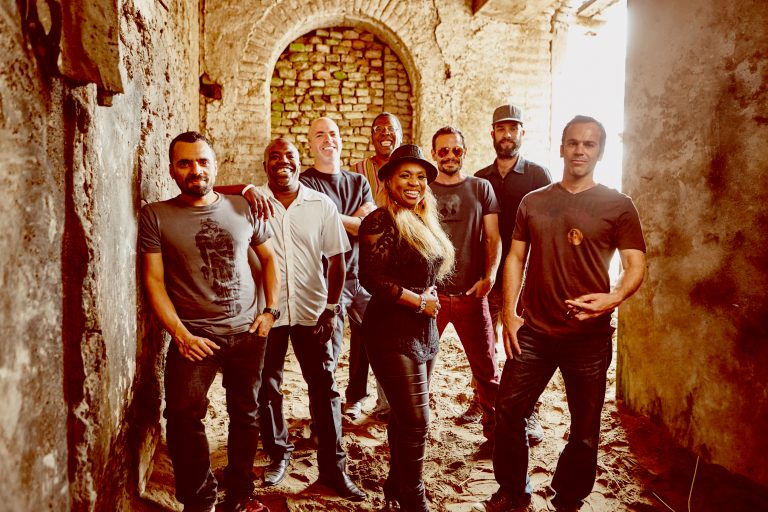 After an incredible 15 years as a band, Novalima prove they’re as fearless as they’ve ever been. Not content with writing the rulebook on interpreting Afro-Peruvian music for an audience accustomed to electronic beats, on their latest single they turn to the Andes.

“Ch’usay” begins with snatches of a huayno melody that are soon joined by a loping bass line and Sylvia Falcon’s hypnotic vocals. This is Andean dub, uniting the land of the Incas with the sound of global bass. When Quechuan rapper Liberato Kani throws himself into the mix, the cultural layers (old and new, ancestral and contemporary, indigenous and imported) grow even more complex. With their usual finesse and sensitivity Novalima deliver a modern, stirring ode to the Andes.

Translating as “voyage” in Quechua, “Ch’usay” is the first track from Novalima’s upcoming new album, which is also titled Ch’usay and set to be released September 14th on Wonderwheel Recordings. It’s an album which continues to be inspired by Afro-Peru’s rhythms and instruments but that also explores the Andes as well as culture from further afield, with Colombia’s Esteban Copete contributing on marimba and Cuban rapper Kumar also making a cameo.

In July and August Novalima will be performing in Europe (beginning with shows in Madrid and London), the US and Colombia as part of a world tour to celebrate their 15th year as a band. Tour dates are all below.