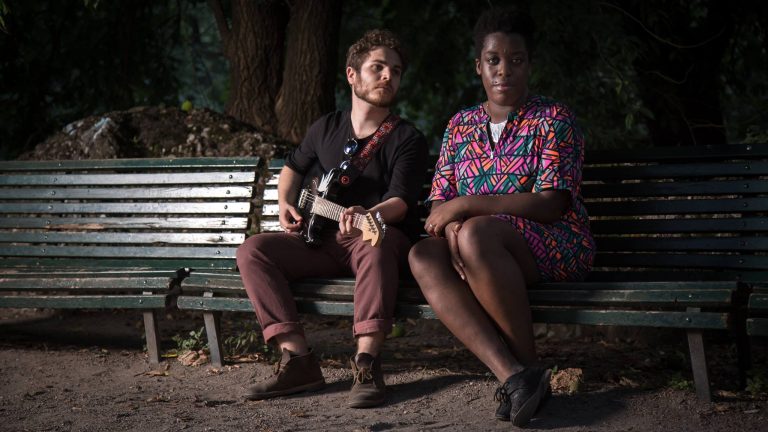 Technoir is a duo based in Milan, but the members come from different origins. She is Jennyfire, the voice and operator of the sampler with Nigerian blood. He is Alexandros, who came from Greece with his guitar and his laptop. They are in love with the sounds of Prince, Flying Lotus and Erykah Badu, so they mix all these different approaches into soul and electronic music, with a timeless retro-futuristic aesthetic.

Launched in April 2017, their first album NeMui moves around strong deep funk and experimental trip-hop tracks. Among them, there is “Rami”, a sort of interlude with pan-African references, so it’s not strange that San Ignacio, the Argentinean producer who met the band during his tour of Italy, wanted to use it as a canvas to add strokes of Amazonian inspiration and take it to new territories.