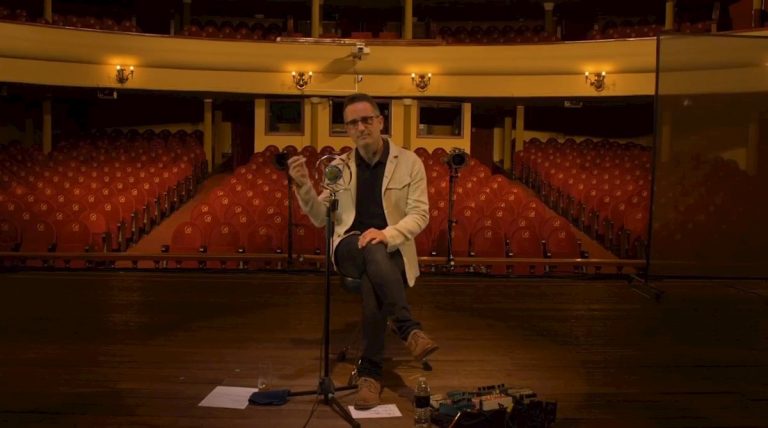 With shows cancelled, tours wiped out and everyone staying at home, many musicians have turned to online concerts as a way of reaching out to audiences, with media platforms offering virtual festivals and streaming series which mean that we can keep in touch with some of our favourite artists.

Below are some of the online shows that have caught our eyes and ears so far. If you have any recommendations get in touch with us via [email protected] We will be updating this post regularly with the latest shows and festivals.

Jorge Drexler – set to perform in Costa Rica on March 10th and 11th, Drexler had to cancel the shows, as well as all those he had lined up in North America, Spain, and further afield. For those he wouldn’t get to perform to he performed this show at the Costa Rican theatre he was due to play in, but with no audience. Here’s the full concert, as it would have happened:

Roberto Fonseca – as with Drexler above Cuban pianist was to play at Joe’s Pub in New York, but had to cancel with the show soon to go head. Instead, he performed this show live with no audience, instead streaming live on YouTube.

Chucho Valdés – another piano-playing titan of Cuban music, Valdés has taken to playing weekly intimate 30-minute jams via Facebook live. Check out one such performance below and stay tuned for more – these seem to be happening each Tuesday.

Arca – the Venezuelan producer has been streaming live on his Twitch account, allowing followers a unique glimpse at his music-making process

#FestivalFicoEmCasaBR – the Brazilians are almost always in the leading pack when it comes to innovating online and they were no slouches when it came to the quarantine. #FestivalFicoEmCasaBR (Stay at Home Festival) featured four days of Brazilian artists performing live from home. Chico Cesar, Emicida, Majur, Adriana Calcanhotto, Fafá de Belem, Luedji Luna, Boogarins and Daniela Mercury were just some of the artists that performed. Here’s the full video for their Friday line-up below – check their YouTube for a week’s worth of entertainment.

Shock Presenta: Sesiones en vivo desde casa – Colombian music portal Shock are offering local artists a platform to do their thing via Facebook Live. So far Soy Emilia, Cohetes and Alkilados have performed, amongst others. Head to their Facebook Videos for all previously streamed videos. Here’s Soy Emilia’s performance below: