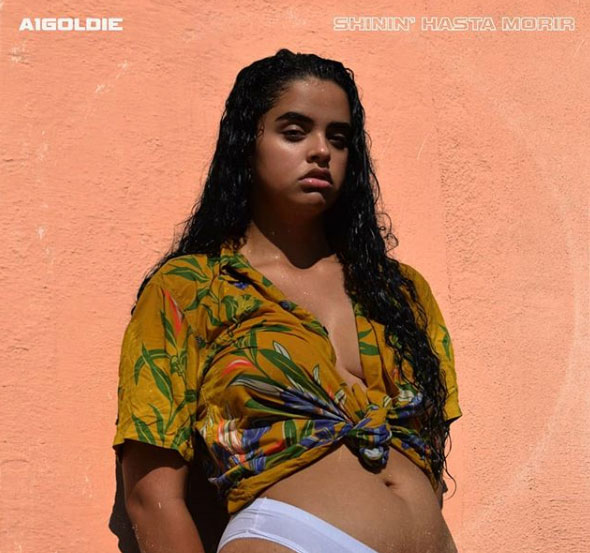 On Our Radar: New Music by Tribu Baharu, Spain’s A1 Goldie, and D.R.’s MelyMel.

As we head towards the end of the year, you can expect our ‘Best of 2018’ list is on its way. But looking ahead to 2019, there is plenty to get excited about.

The Bogota-based ‘champeta champions‘ have gone through a change in band members in 2018, and it looks like they’ll stay a quintet for now. Their new single, “Vamos a Bailar,” features guitarist Boris “Boricua” Nelson Torres on lead vocals. The song, like so many of their others, is a “turn-up” jam, asking everyone at the party to get up and dance. Sure, it’s mostly champeta, but it has a nice salsa break at 1:16 that will make the best of dancers happy to spin.

The group is about to go on tour all over Colombia in December and January, but they’re United States-bound in February, and we’ll be waiting. Watch their new lyric video for “Vamos a Bailar” below and get to it!

Spain’s A1 Goldie is a bit of mystery to us at the moment, but we’re digging her sound. Her social media presence is pretty limited on details, but we were able to deduce (thanks Google!) that she is working with an outfit called StonedDogs Records and she may hail from Madrid. Her Latin trap lyrics are bilingual, and the visuals in the music video, and her winged eyeliner, are pretty hot. If you’re reading this A1 Goldie, tell us more about yourself!

Latin Trap shows no signs of slowing down, and we’re here for it. Dominican Republic’s MelyMel, who her team bill as the “most respected female rapper” in the country has gotten accolades in Noisey, Latina magazine, and more, for her album, Dragon Queen. Here, she teams up with her compatriot, Messiah, for a remix of Cardi B’s hit, “Money.” Her lyrics are very cocky, and that’s how we like it, isn’t it?

“Billetes de cien, también de dos miles. Yo tengo la carne y hace que to jevo me page los biles.” (Bills of one hundred, also two thousand. I have the meat and it results in your man paying my bills.)

We’re sure they have Cardi B’s cosign, as Messiah was on her Spanish remix for her breakout hit, “Bodak Yellow.” Take a listen to the Spanish remix of “Money” below.