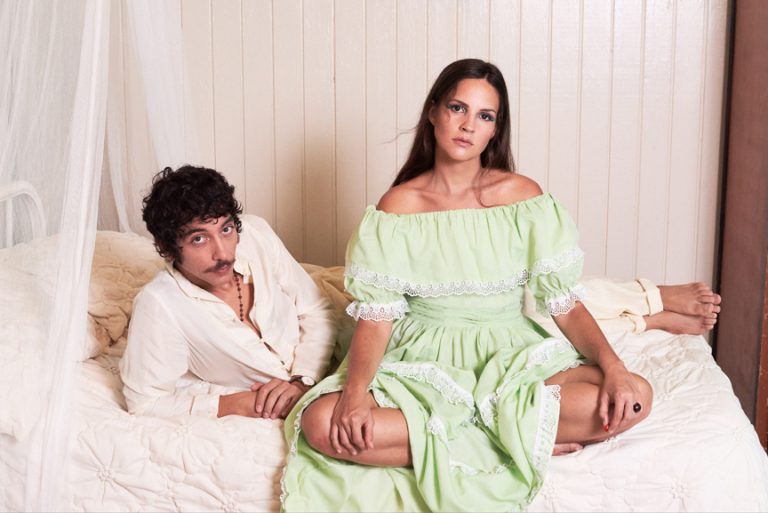 The long-time NYC-based duo Buscabulla have finally announced the release of their debut album, an album which charts their feelings now that they’ve returned to their native Puerto Rico.

Buscabulla seemingly emerged out of the chillwave sound, making ephemeral music that was neither pop, indie or lugubrious funk, but somewhere in between. What made them stand out was the fact they incorporated Latin rhythms and motifs into that sound, with touches of salsa, reggaeton and bachata that gave them a clear identity, and made us fall in love their first two EPs.

The last of those EPs, EP II, came out in 2017 and now the duo have just announced the release of debut album, Regresa, due out on May 8th, as well as a series of tour dates across the world.

The first songs to emerge from the album are “Vámono” and “NTE”, which has an accompanying video [released today; watch it below]. The video for “NTE”, whose initials stand for “No Te Equivoques” (“Don’t Get It Wrong”), was set on the waterfront of Aguadilla, Puerto Rico and was directed by artist and photojournalist Chris Gregory-Rivera, and filmed by local cinematographer Frank Elias on 16mm film.

Discussing the album, the group’s Raquel says: “Regresa is about self-acceptance of oneself with all our imperfections, and the acceptance of being back in Puerto Rico, with all its flaws.” The album was entirely recorded in Raquel’s and Luis Alfredo’s studio in Puerto Rico, and represents the feeling of being home – the title itself, regresa, means to return or come back – which is not completely sentimental, as it also means being closer to Puerto Rico’s turbulent political climate. “You can feel like a stranger in your own home because the island is going through very hard, weird times”, continues Raquel. “Most people our age have fled. We have also changed after being away for so long.”

Regresa will be released on May 8th. Full tour dates are at the bottom and at buscabulla.com

Here’s the video for “NTE”: