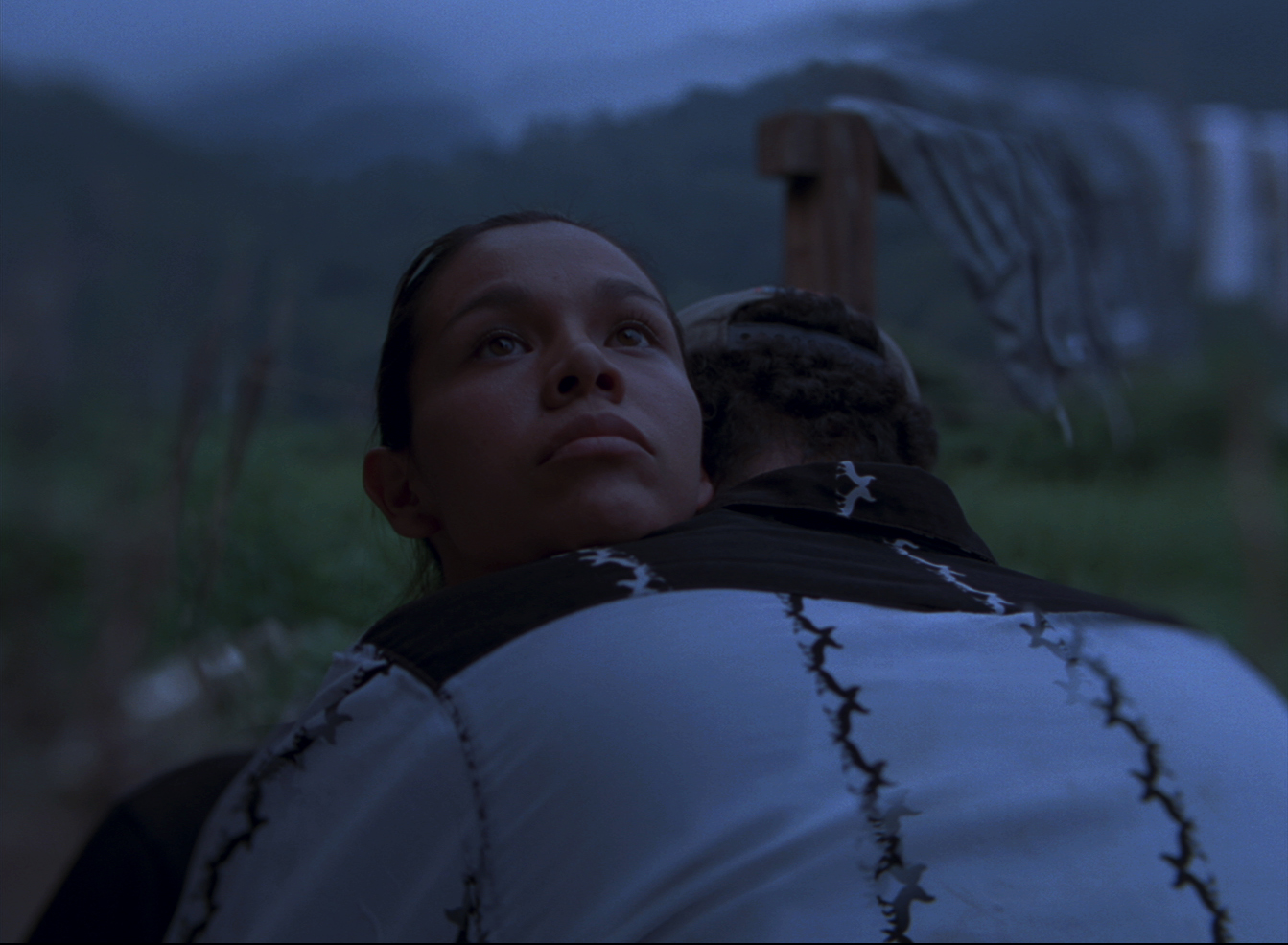 From the very start of Carlos Reygadas’s fourth feature film Post Tenebras Lux (winner of the coveted Best Director Award at the 2012 Cannes Film Festival), the viewer is engrossed in a haunting, abstract commentary on the human condition which frequently blurs the lines between the real and the imaginary.

As the film begins, a young girl shambles innocently through a water-logged football pitch-come-farm, with the borders of the filmic frame blurred to lend the image a surreal, dream-like quality. With the spectacularly vivid colours of the evening sky dominating the frame, the scene is an unadulterated expression of natural beauty and innocence, with the camera tracking Rut as she gleefully jumps in puddles and plays with the cows and dogs which surround her in-frame.

However, these vivid colours ominously darken as the stifled grunts of the animals are replaced by an eerie and all-encompassing silence. As thunder rolls alongside the grey clouds above, an electrical storm ruptures the initially idyllic scene by converting the joy of the girl into pure fear and plunging the frame into darkness. Intermittent bursts of lightning then reveal the words “post tenebras lux” (after darkness light), with these haunting first minutes showing the at once peaceful and destructive tendencies of Mother Nature and simultaneously setting the tone for a film whose greatest strength is its constant ability to unsettle the viewer by voyeuristically examining the self-destructive tendencies of man.

From the outset, the cinematography is a joy to behold, with the subtle balances between the stunning visuals and minimalistic audio working to great effect. The portentous tone is assured by an unflinching focus on solely diegetic sounds, allowing the largely natural environments to literally breathe life into the film and dominate its soundscape.

Likewise, dialogue is kept to a bare minimum, with a traditional film structure shunned in favour of a non-linear progression between scenes which blend the past with the present and the real with the imaginary. The distinct lack of on-screen conversation and the predominance of static shots invite the viewer to intrusively observe and assess the on-screen characters, lending the film a distinct sense of foreboding and disturbing the viewer by unveiling the sexual frustrations, repressed violent tendencies and conflicting feelings of the film’s protagonists.

The shifts between time frames and use of what appear to be flashbacks also permit Reygadas to toy with the concept of reality: some scenes (such as the film’s opener) are suggestively framed as wholly imagined events; others – such as the ominous stalking of the family household by a CGI demon – hauntingly blend unconscious fears with the lived tribulations of Juán’s family in a seeming nod to the qualities of magic realism.

Meanwhile, the attentive viewer will no doubt intercept the subtle allusions to certain trends of twenty-first century Mexico: Juán’s role as an elite landowner and employer leads to an on-screen conflict with poorer characters which reflects the director’s real concerns about the deepening rich/poor divide in Mexico. Similarly, a brutally surreal scene at the film’s climax quite blatantly alludes to the gruesome consequences of the self-destructive narco-wars which have plagued cities across the country for several years.

Far from undermining the visual prowess of the film, then, the lack of a linear direction instead urges the viewer to create their own meanings from the on-screen images. There is no doubting that this is first and foremost a mood piece; scenes often resemble paintings due to their impressionistic visual style, understated atmospheric sounds and an often disturbing lack of speech, allowing for moments to be fixed in time and meticulously observed by the viewer.

Accordingly, while occasionally confusing and unnerving, the film appears to be less about uncovering an ultimate meaning and more about a pure expression of human emotions, allowing the attentive viewer to be absorbed in Reygadas’s filmic world. Whether we observe Juán’s expression as unleashes his pent-up rage on his disobedient dog, the static close-ups of Natalia’s face as she struggles under the weight of her faltering marriage with Juán, or the simple innocence of their children Rut and Eleazer as they silently play on the beach, it is clear that the on-screen images are meant to be allusive above all else.

Reygadas’s film invites and, at times, forces the viewer to think about the implications of the filmic image by offering an abstract narrative based on actions rather than words. Though this stylistic choice may smack of mere pretension for some, those willing to focus on Reygadas’s raw depiction of the human condition rather than wait in vain for a narrative which builds to a definitive conclusion will be utterly engrossed in Post Tenebras Lux.

Post Tenebras Lux will be in cinemas from the 22 March 2013.