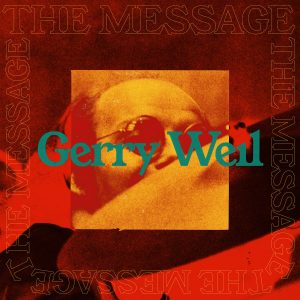 If the name Gerry Weil doesn’t sound Venezuelan, that’s because he’s Austrian. Indeed he looked at the time like a bespectacled version of his fellow countryman, composer and keyboard artist, Joe Zawinul. He arrived in Venezuela in 1957 and has stayed on to become a respected educator and stalwart of Venezuelan jazz. “I celebrate [life] by making music, that’s my mission,” he asserts. “Peace is the solution.” They could be the words of a denizen of the Haight-Ashbury district of San Francisco in the second half of the ’60s, and such sentiments infuse this reissue from 1971, the inaugural release on Música Infinita, the sister-label of Olindo Records.

The opening “The Joy Within Yourself” certainly speaks for itself, while “The Message”, which closes Side 1, is like Weil’s manifesto of love: a riposte to the “squares” who derided the hippies’ message of peace and love in the aftermath of 1967. He growls his message in the voice of someone who might have recently had polyps removed from his vocal chords. To be honest, it’s not a pretty sound – even to someone attuned to Tom Waits and Leonard Cohen. When he starts singing on the album’s opener, the effect on the unprepared ear is both startling and unsettling: like hearing Lemmy Kilmister of Motorhead attempt the repertoire of The Mamas and Papas. Fortunately or not, depending on your threshold of strain, only half the six numbers feature Herr Weil on voice as well as keyboards.

On the instrumental tracks, the nearest reference is the pan-European big band of Peter Herbolzheimer, which combined jazz with rock and soul around the time of The Message, albeit in a rather slicker fashion. Like so many jazzers of the time, Weil was inspired by Miles Davis’ iconoclastic Bitches Brew when it hit the jazz world like a sonic meteorite in 1969. Recorded in the Caribbean with the pick of Venezuela’s jazz musicians, there’s a similar funky vibe throughout The Message, with rock-solid electric bass and percussion underpinning the instrumental soloists and the blaring brass choruses. Subtle it ain’t, but there’s a compensatory raw, gutsy feel to the music. The second track, for example, “The Bull’s Problem”, with Weil on electric piano, dissolves at one point into the kind of visceral electric jam that recalls the stripped-back funk of Miles’ On The Corner. Of the soloists, the stinging electric, almost heavy-metal guitar of Vinicio Ludovic (who went on to play with the likes of Arturo Sandoval and Luisito Quintero) stands out most consistently.

The album’s closer, “Little Man”, is probably the pick of the tracks: a slow-burning groove with Weil back on electric piano, combining nicely with Michael Berti’s voluptuous bass and Alberto Naranjo’s potent drumming. It’s a welcome change of pace in which the brass shimmers without shouting. Gerry Weil is 81 now and the timely re-release of his musical message will help to spread it around a new generation of jazz lovers.