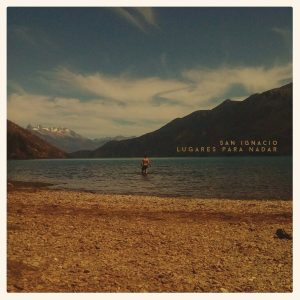 On their latest release, Fértil Discos have done what they do best and released another album of deep folkloric explorations from the Argentinean pampas. On this release they are putting you in the hands of the Paraná Delta-based San Ignacio, with one of the most introspective albums from him to date. It should be no surprise that an album as complex as this has taken him almost two years to make, a period that has involved collaborations with Don Plok and Rumbo Tumba on varied instrumentation.

Mixing poetry and synthesizers with the rhythms of South America in a way that is highly personal, yet always connecting with a collective feeling of identity and territory. This gets him extra credit in a divided Latin America where political crisis can be found in every country and all suffer from a problem of representation. It’s therefore time for us, the people, to reconnect with our brothers and sisters and to find shelter in nature.

San Ignacio takes the powerful message of heritage that helped rebirth folklore in the 70s following the political struggle left behind by Operation Condor, including it metaphorically in the names of the tracks and in the samples that are subtly dropped between the chords and melodies.

But Lugares Para Nadar is not only subtext, it’s a musical journey into the wild, with the progressive “Derrumbe” summarising this sonic exploration in just one song, using the primal “Canción Del Derrumbe Indio” from Mercedes Sosa as a structural base and letting small electronic details emerge and take over the composition. “Viña, Punta, San Bernardo” is a deconstructed cumbia that sometimes feels like a dream pop ballad for the consumer-generation protesters.

The dramatic “El Álbum”, uses a poem from Anaclara Pugliese and piano keys to take nostalgia to another level, and then, “Uy, Mirá, Está Nevando” with vocals from Kat, is a straight up future cumbia track that can be perfectly played at a tropical bass party anywhere in the world. This demonstrated versatility is taking San Ignacio to different international stages and right now he is touring Europe with upcoming dates in Italy, Germany, Lithuania and Poland.