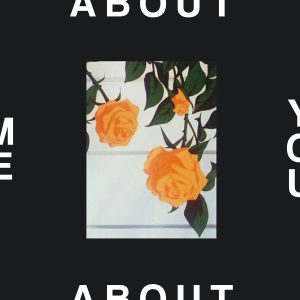 Review VALET – About You, About Me

In 2014, CVSPER, a young producer from Chile, was featured in XLR8R. This was a big hit for the scene here in Chile because there were very few producers from the country getting featured in this notoriously-selective magazine. His career as a musician did even better, his tenure in the alternative rock band Niños Del Cerro helping him get on Quemasucabeza’s label roster. All of this, of course, meant that he had to take a hiatus from his bedroom producer persona.

Now, he is back in the electronic realm, going further down the house path that he got into in his last productions as CVSPER, but with a new alter ego, VALET. Although this new personality is his final step moving away from his jersey club start, the bass sensibility on his production is still there, still giving his tracks a future bass feel, but with a house aesthetic.

The track “Us” was released as the first single, with a video by the mysterious Moskalus’ tripped-out YouTube account. It’s a perfect example of his mix of styles, with chopped vocals and deep bass drum kicks. His pads have always been on point, but now his work with ambient textures are deeper and more immersive.

Also, there is time for more reflexive moments, with “Passion” taking long breaks and offering up emotive sonic landscapes. The EP ends with “Unreal”, an extended intro that finally goes hard on the beat. About You, About Me was released on the recently Bandcamp Daily-featured label Infinito Audio, and its artwork is done by Sebastián Sánchez and Diego Antimán himself.

About You, About Me is available now on Bandcamp