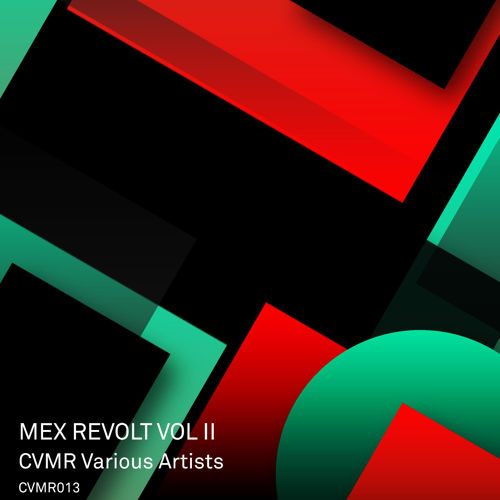 Techno isn’t the first thing that comes to mind when talking about Mexican music. But, beyond the mainstream, the scene is alive and thriving, and it’s labels like CVMR that are putting Mexican artists on the map.

For almost four years, this Mexico City-based independent label has been releasing both vinyl and digital music from some of the best artists from all over Mexico, and establishing a Mexican presence in the international techno scene.

Despite being founded only relatively recently, CVMR has managed to build up an impressive line-up of artists, and there’s no doubt that this label will continue to expand.  The label’s focus is on releasing and promoting the best music from local talent, but it also seeks to establish links between Mexico and the rest of the world through remixes and collaborations from international artists.

Notable collaborations include remixes on Soul of Hex’s Lip Reading EP, including two from veteran Chicago house producer Larry Heard. As well as this, several CVMR artists have performed at Boiler Room’s Mexico sessions, arguably the most influential underground music platform in the world at the moment, which signals big things.

Their latest release, Mex Revolt Vol II, builds on the relatively concise first Mex Revolt compilation, released in 2014. Bigger and better, this latest compilation showcases even more artists and brings an eclectic mix of tracks which encompass the general flavour of the techno scene in Mexico at the moment.

After a slow start, from Être comes “Eleven Shades”, a harmonious house track which is a pleasant surprise in a compilation with an otherwise deeper, more techno-based sound and which perfectly sums up the diversity of genres in CVMR’s repertoire.

The two stand-out tracks on the compilation come from AntiGravity with “District”, and Pettro with “Tenebra”. District uses traffic samples and deep layers of bass-driven sounds to build up an almost hypnotic effect, while Tenebra’s synth-driven beat builds slowly to a perfectly-placed break.

Slightly off the mark are “Sixth Strings” from Pedro Salgado and Itzone’s “Mandragora” – both would work well being mixed into live sets, but they may be a little too monotonous for all but the most hardcore techno fans.

Mexico may not be the epicentre of the techno scene, but labels like CVMR prove that there’s life beyond Europe when it comes to this genre. Mex Revolt II is the perfect showcase of the sounds CVMR has to offer, and there’s no doubt they will continue to deliver. Be sure to check out their Soundcloud to hear more from CVMR artists and for a preview of the compilation.