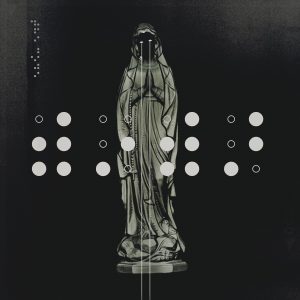 The ‘rediscovery’ of Peruvian tropical nuggets over the last dozen years has led not only to some amazing reissues and compilations but also to a fascinating and vibrant resurgence of artists and bands influenced by the music. Much like the second generation ska and afrobeat revival movements in previous decades, a plethora of contemporary groups have taken what they need from cumbia amazónica, chicha, cumbia andina, and other tropical guitar-based Peruvian sub-genres and gone off in their own different directions, creating a varied and intriguing wave of sounds as rich and diverse as the musicians themselves and the far-flung places they come from. It seems live everyone from the Netherlands to New York is playing some form of cumbia now, most of it influenced at least in part by the kind originally emanating from the cities, jungles and mountains of Peru. This resurgence has even made it back to its country of origin, as witnessed by groups like Bareto and Los Chapillacs.

XIXA is one of the early crop of American bands who got their initial sustenance from this fecund, glittering Amazonian jungle fountain but soon branched out to brand it with their own sizzling deep-Southwest stamp. Live they are a lot of fun. Full of seductive sounds that are at once recognizable and yet somehow exotic, they sound heavier than on record, delivering their material with a compelling, full-blown visual presentation complete with smoke machines, duelling guitars and long rider coats topped by hair metal tresses cascading down from ominous black cowboy hats. A mannered but compelling stage production aesthetic that recalls a zombie-Western Tarantino/Rodriguez film collaboration starring a Chicano ZZ Top on ayahuasca.

It bears repeating that this desert goth sextet drink deep at the chicha pool with gusto, like thirsty outlaw vaqueros on a vision quest. That said, XIXA have made something completely their own from those quenching waters, and the work has grown to a towering spiny saguaro cactus with The Code, their second EP and third long-playing release to date. By accentuating the Ennio Morricone western movie soundtrack and Dick Dale surf elements already inherent in some cumbia peruana, plus ingeniously incorporating their own Americana and rock backgrounds, XIXA cast a spell with their brujería that is augmented by throwing in a dash of minor key melodies and African desert blues. And all the while they let their parched voices and dark lyrics run wild over dusty foreboding landscapes of the soul.

What makes the band truly unique is that they fearlessly and authentically forge a highly stylized, cinematic blend that fits perfectly with the hybrid indigenous/Latin/Afro/Anglo culture of their contemporary native Southwest. And like some long lost Alejandro Jodorowsky psychedelic outlaw epic, there is a sense of mystery (and history) to the proceedings. Church bells, echoey organ, twanging lonesome guitars and plaintive, mournful vocals that sing disembodied laments of blood, magic, ancient deities, of crows, sand and stone, all evoke the wide-open spaces and life/death cycle of the American border desert and the occult intelligence deeply encoded there. According to Brian Lopez (who shares lead vocals and guitar with Gabriel Sullivan) “the sonic thread woven through our mutual admiration for Peruvian chicha and our roots as songwriters and storytellers” led to a “sonic and visual effort that best defines what we consider to be The New Southwest”. But just what exactly is that fledgling conceptual Southwestern place he speaks of? “At times this record feels like us trying to decipher the language of our music, at others it’s like we’re intentionally hiding a code in the language of the songs. Everything has a mystical quality.” Sullivan adds: “The Code is a record of language, mysticism, magick, desert,” a mantra that is written in “our language” but that has universal appeal. In the desert, it’s a game of survival, and the borders, walls—between countries, planes of existence, ancient and future, legal and illegal, Anglo and Hispanic—are merely inadequate, futile constructs that blend in the mirage-like haze of heat and dust. Part of me—as a Latinx-American DJ who is familiar with Tucson and the inexorable Southwest landscape that surrounds it—wants to understand more, to decode that language fully, but I think I’d rather let XIXA weave their beautiful, deadly spell and leave the code unbroken for now.

The Code is released by Glitterhouse and available on Spotify