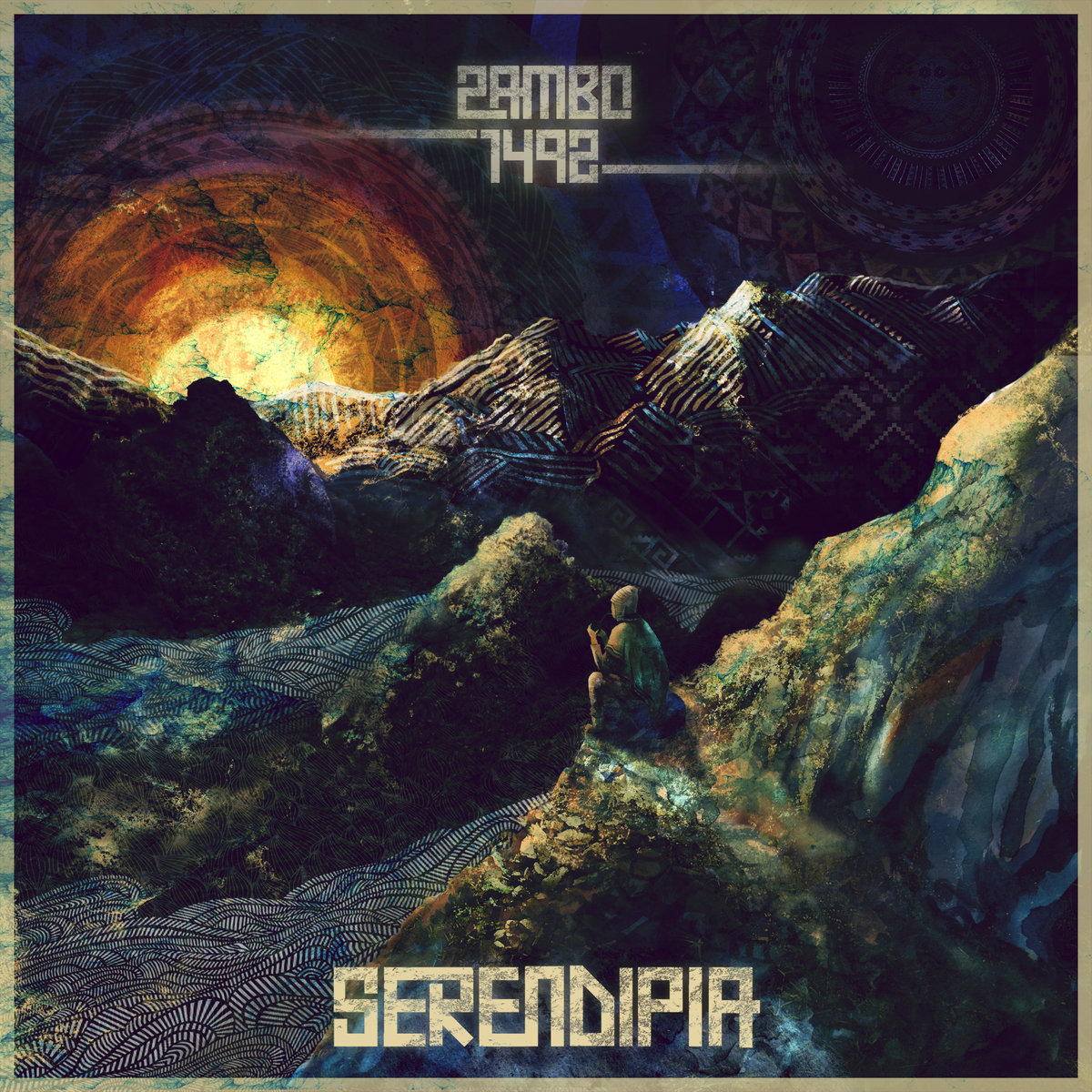 Reminiscing about America’s ancestral cultures is a sorrowful exercise, the nostalgic memories of humans deeply connected to their land and the roots, contrasted with the violence of their conquerors. The influence of the native people is often diminished by official history and local governments, who even today stay in constant fight against the inherent rights that original inhabitants of the countries should possess.

Zambo 1492 is here to tell the history of the lost ones, Amerindian slaves and the last aboriginal descendants. The voice of the indigenous resistance interpreted by tarkas, kalimbas and tribal drums playing a sort of Pan-American Pre-Columbian folklore, where the world view of Andean people mixes with musical notes inspired by nature and darker ambiances given by their imposed destiny.

Released under the Brazilian Frente Bolivarista imprint, Serendipia is the first recorded registry of the new project by Chilean musician Baltazar Solar Russ, who is also known by his Alpha S (formerly Alpha Stronggah) moniker. A multiculturalist handiwork known for its extreme connection to the land, the production is almost entirely based on his own recording of instruments and other objects like branches and stones.

The whole five-track album is a short tale, so first track “Primer Encuentro – La Historia Del Viento”, works out as an intro, the landing of the invaders and the start of a paradigm shift for American culture, with a strong wind section giving the reception. “Palabras De Guerra” (War Words) is built on the predominance of strong and repetitive drum patterns that elevate the fighting attitude and kalimbas that soften the spirit, for a balanced battle anthem. It all ends up with “Trajiste MV3RT3”, a mortuary song that makes us reflect on the real impact of the encounter of the two worlds.

Visually, the concept is closed with fonts by Hondo Estudio and cover art by Berlin-based visual artist, El Pacaya. He also worked on a recently-released clip for “Cortejo” from the album, premièred by Thump Brazil, where the mysterious South American Pre-Hispanic world is represented by the intense presence of nature and the mystical rituals of its ancestors.

Serendipia is avaiable from Bandcamp