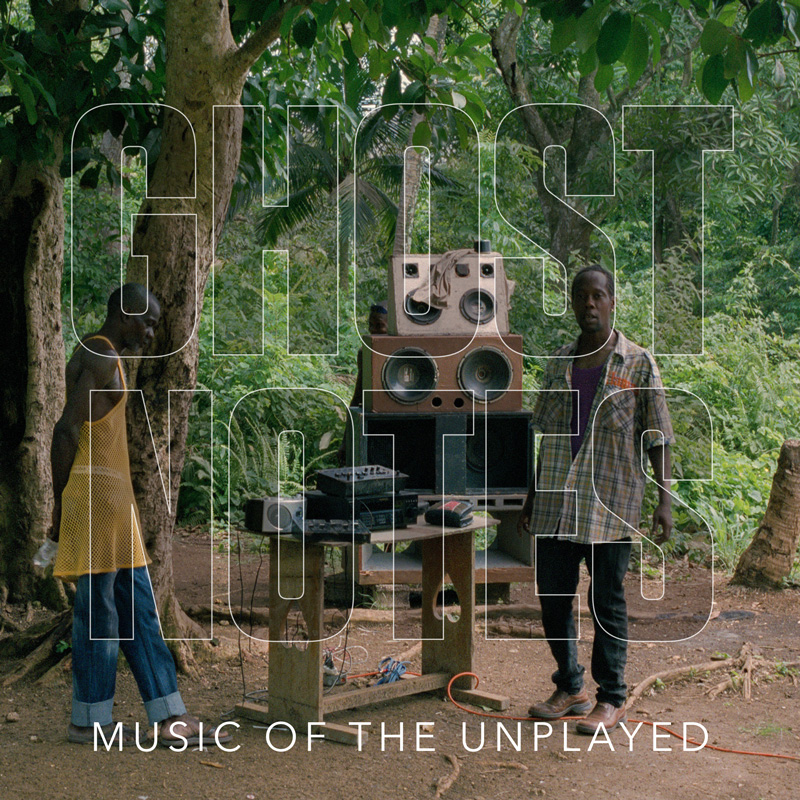 The Ghostnotes of Music Photographer B+

Ghostnotes: Music of the Unplayed is the title of a new book, an extended photo essay if you will, featuring the photography of B+, and it couldn’t better sum up the musical characters that fill many of its pages. B+ shot to notoriety for his photos of hip-hop luminaries such as The Fugees, The Pharcyde and Jurassic 5 (to name barely a few) as well as taking that iconic shot for DJ Shadow’s Endtroducing album, but he has also worked on many other projects, including a catalogue of work in Brazil and Colombia (where he has frequently collaborated with Quantic) as well as profiles of Brian Wilson, Yusuf Lateef, Mulatu Astatke, David Axelrod and a whole reel of other eclectic names (all of whom feature in Ghostnotes).

If there is one theme that runs through his work it’s that of finding the everyday in these musicians’ lives, of stripping the spectacle from their persona. Often this spirit has been applied to lesser-known musicians, the ‘unplayed’ of the title, figures such as Axelrod, Arthur Verocai, Wilson das Neves, the Colombian greats of Ondatropica, as well as many other anonymous participants. In many ways his photos have illuminated these figures in exactly the same way as he would treat Ice Cube, Eazy E or Q-Tip.

So where did he first get the taste for photography? “I first picked up a camera in Ireland”, B+ tells me. “I mainly used it for rephotographing [but] I moved from that to landscape photographs at Art School in Ireland [he was born and raised in Limerick] and from that to photographing in Los Angeles.” It was 1990 when he moved to L.A. to study photography, with Allan Sekula as one of his professors, and it was there that he would make his name, publishing the book It’s Not about a Salary: Rap Race and Resistance in Los Angeles in 1993, which brought him a heap of praise. I asked him whether there was ever a moment when he saw his future as a photographer. “To be honest I’ve always thought of cameras as a tool, I never really had that epiphany moment. I don’t think of myself as the photographer’s photographer, I’m more of someone with some ideas that happens to use a still camera but I also use moving images and sound.”

It’s Not About A Salary was unique in that it told, as mentioned in Ghostnotes, “the hidden stories of musical genius, police brutality, racial segregation, political resistance, and gang violence that defined [Los Angeles].” In a radical move, it also gave plenty of space for the musicians themselves to offer their own stories, it gave them their own voice. These themes of neglect, of hidden histories and of giving voice to the suppressed are key to his work. “If the camera has some light to shine, why not shine into places that perhaps have been neglected”, he tells me. “[This] was always an important factor from when I first met the Watts Prophets and the Freestyle Fellowship, two amazing groups that haven’t been paid enough attention to.”

Is there a conscious attempt to remove the spectacle when he takes photos of musicians, whether they’re famous or not? “I don’t see any gap between music and everyday life,” he replies. “Even the spectacle of the live performance to me is part of an everyday of sorts. But I’ve always liked the idea that no matter how amazing it sounds, it was once part of a small act of discovery or channeling. Something that din’t look like much and then through repetition and projection it became spectacular.”

There’s a serendipity to B+’s photos, a feeling that they’re caught very much on the fly. Does he rely on taking photos off the cuff or is there normally a plan in process when he’s working with a musician? “Depends really. Don Cherry told me once the first one is always best. I’m not sure if that’s true but certainly I believe in the power of the mistake, the coincidence, the feeling. I think in the analog days you just had to have the confidence to know ‘that is it’. Now usually I leave myself enough time to invent. But obviously that isn’t going to always be the way, whether its constraints of time or just wanting to seem like you have an idea. But I always leave room for the idea that I may see something or feel something in the process that makes everything else seem irrelevant.”

The influence of B+ can be felt strongly in terms of a link he created between US hip-hop and Brazil at the beginning of the 90s when he and Eric Coleman of Mochilla had the opportunity to head to Brazil to film a documentary entitled Brasilintime which would feature some of the greatest drummers from the US and Brazil alongside some of the biggest names in the US hip-hop DJ world (Cut Chemist, Madlib, Babu, J. Rocc). This event not only led to the Brasilintime documentary but also to mixtapes by Madlib and B+, as well as a profound connection with Brazil that would later see Mochilla invite the Brazilian arranger Arthur Verocai to Los Angeles for a special one-off show to perform his debut album – which had become a rare, cult favourite after being reissued in the early 00s – live for the first ever time in his life.

With albums like Verocai’s debut as well as countless other Brazilian rarities by artists including José Prates and Lula Côrtes now having price tags in their thousands, I’m curious to know what B+’s feeling is on the fact that so many classic Brazilian and Colombian records are now owned by collectors in the US, Europe and Japan. “It is difficult to explain how something that was the domain of second hand stores and low level street capitalism has become a multi million dollar thing, but it has. This produces inequity and the sense of cultural disenfranchisement. And it produces unusual heroes sometimes. Verocai certainly has gained, as has Axelrod similarly. The problem isn’t just in places like Colombia and Brazil or Ethiopia. I dare say it’s probably pretty hard to find Strata East records in the US too. However was it ever easy? Could you have walked around Brazil in 1972 and just picked up Verocai records and Lula Côrtes records? I think not. These things have always had their own kind of cultural cache. Where things are bad is when dealers are predatory in their practices. That is just bad for everyone.”

As a final note I asked B+ to pick out some other ‘unplayed’ artists who are perhaps well overdue some respect. “Wow [there are] so many…” he retorts. “So off the top Dominguinhos needs to be listened to more outside of Brazil. Georgia Anne Muldrow needs to be recognised, she already is but in a bigger way. My old favourites from the day are amazing to me still: Freestyle Fellowship, Divine Styler, Gandjah K, Kamau Daoood. I think we need to radically pay more attention to the women making music around us… Thalma De Freitas (my wife), Nia Andrews, Joyce Wrice, Low Leaf, Ana Barretto and there’s always elders doing huge things, Dona Onete, Father Amde [of the Watts Prophets], and Fabiano Do Nascimento is killing it in L.A.. I don’t know I could go on…..”

Ghostnotes: Music of the Unplayed is published via University of Texas Press on December 5th. Order your copy in the US here and the UK here.

You can watch a trailer for the book below: