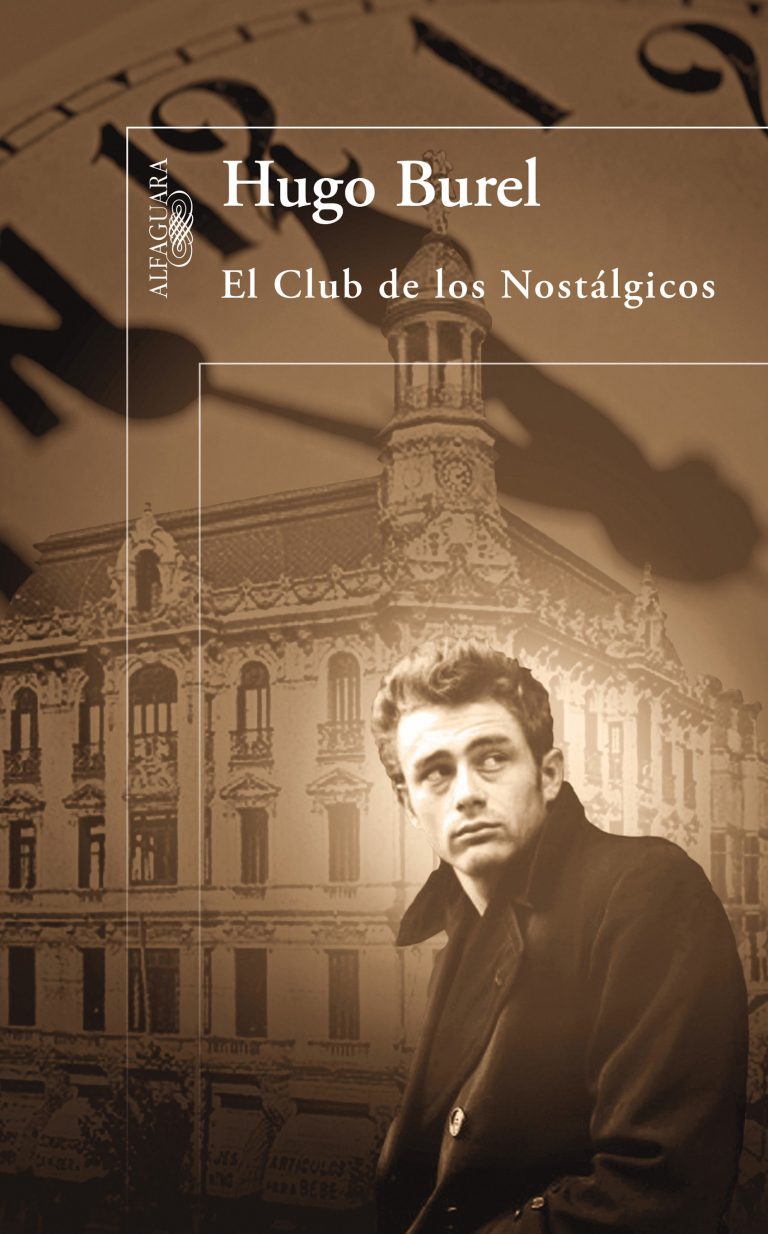 “Whether you like it or not, the only safe place out there is the past”

When people ask me for literature recommendations from my own country, I normally go for Mario Benedetti. Not necessarily because I wish to argue that he surpasses grandees such as Juan Carlos Onetti, Felisberto Hernández or Eduardo Galeano, but rather, because in his texts he manages to capture the nature of Uruguayan identity (or, to be more precise, montevideano identity) in a way which is both familiar and subtle to a local audience and revealing to a foreign one. In his poetry collection Memorias de Oficina, his nouvelle La Tregua and his short stories Montevideanos, Benedetti not only depicts the capital city through the eyes of a sharp observer, but also captures the intricacies of its inhabitants in its various guises. Yet, after reading El Club de los Nostálgicos, I will have to start recommending Hugo Burel as well.

Though presented through the viewpoint of several narrators and playing with multiple timeframes, this novel is still accessible. The narrative follows the story of Walter, a man living a mediocre life who feels the sudden urge to start writing lists. Sometimes he writes about American car manufacturers, other times about cigarette brands, streets of the city that have changed names, TV shows he used to watch as a child, and so on. By accident he meets a young lady who also makes lists, Pierángeli, and much of the plot is then devoted to Walter’s futile search for her through the streets of Montevideo. Walter eventually meets another nostalgic, Kairo, who in a bizarre – and quasi-absurd – turn of events, decides to buy his life-story. Kairo then pays Walter to sell him his belongings such as his diary and tell him about his life. The novel’s main narrator eventually knows about Walter through Kairo and then tracks him down to meet him in person.

The plot certainly does not sound exhilarating, but the novel’s merit lies in how it uses the lives of these nostalgic characters as a way to unravel, in both a humorous and sagacious way, the nostalgic core at the heart of Uruguayan identity. The narrator begins the story by stating that Uruguay is probably the only country in the world which has a day celebrating nostalgia, on the 24th of August every year, in what has become one of the most anticipated night-outs of the calendar. Yet it is Burel’s witty turn of phrase, where he shoots concise aphoristic thoughts like arrows, which will leave the reader ruminating over the nature of nostalgia.

For example, when explaining the role that nostalgia plays in the national character, the narrator states: “We suffer from chronic nostalgia which is recycled endlessly. In this country, we are not what we eat, we are what we evoke and yearn for” (p. 155-56). Or, when dwelling upon the relevance of nostalgia as a solace from the present: “Nostalgia is what remains when everything else is lost” (p. 254). The main narrator works, tellingly, as the broadcaster in a radio show which plays old hits using the original vinyl records.

Nevertheless, the perception of nostalgia is not solely rose-tinted either: “Nostalgia is the soul’s cancer, it is this country’s malaise” (p. 142-43). Indeed, the illusory nature of pursuing an artificial past which no longer exists is explored all too poignantly through Walter’s decisions: “But, like Italo Calvino’s invisible cities, nostalgia is always moving away” (p. 255).

The similarities between Burel’s characters and those bizarre creatures created by the likes of Benedetti and Mario Levrero, or by Federico Veiroj in cinema, who wander around the streets of Montevideo in search for someone they cannot find, is quite transparent. Another clear influence is Jorge Luis Borges. In the meetings of El Banquete, where several nostalgic characters share their lists, the two Funes sisters – Inelda e Isolda – are supposed to be related to Funes el Memorioso, that iconic literary character [and title character of a Borges story] who could remember every single thing he laid his eyes on. In Borges’s short, Funes’s intellectual talent becomes eventually his curse, working thus as an intertextual cautionary tale for Burel’s characters who are also imprisoned within their memories.

The narrative talent to endow spaces in the city and certain times of the day with an aura of nostalgia will also delight readers. Reminiscing over the lost culture of hanging out in bars, the narrator claims: “Back in the day people used to stop by the bar, which was conceived as the extension of one’s house, a neutral space where people could meet while avoiding the intimacy of the home.” Or when he describes Sunday evenings as nostalgia’s prime time: “Six o’clock on a Sunday evening is the gravest and most nostalgic of times: the echoes of football games are dying off and streets get filled with people who return to Monday’s anteroom, overwhelmed without a reason” (p. 266).

For a country whose main achievements are located in the distant past – Artigas’ revolutionary ideas, the World Cups of 1930 and 1950, the progressive reforms of José Batlle y Ordoñez and the glorious days of being known as the “Switzerland of the Americas” – Uruguayans probably do spend an excessive amount of time reminiscing about imagined better times. Burel’s talent lies in capturing both the beauty of nostalgia and its potential pitfalls without passing judgement over his characters.

Verdict: An ingenious and multi-faceted exploration of the fundamental role that nostalgia plays in the Uruguayan character.

El Club de los Nostálgicos is published by Alfaguara and available as a Kindle from Amazon UK and Amazon US.