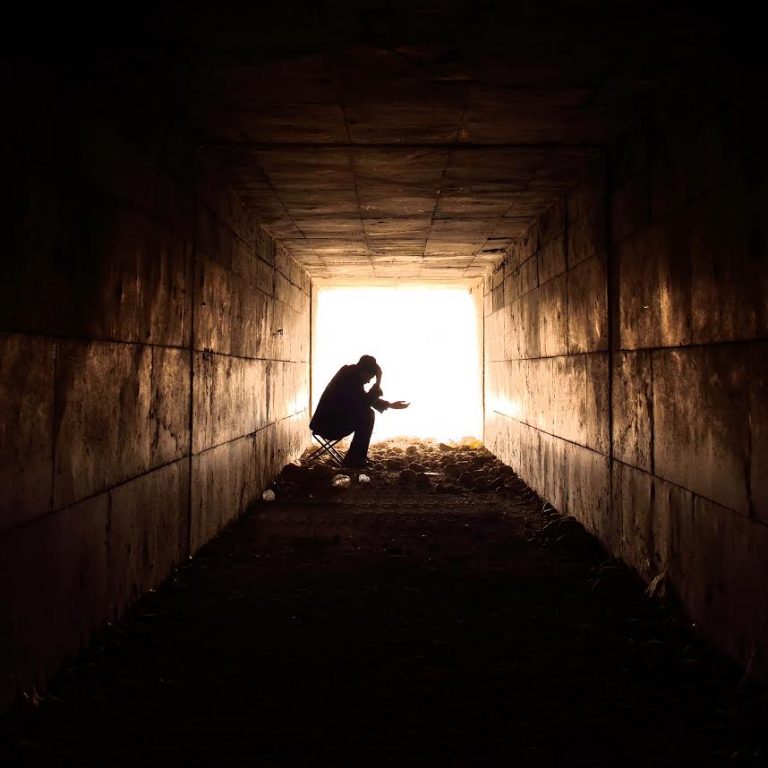 ‘It’s true there’s nothing here for people who weren’t born with a silver spoon in their mouth… But, on the other side…!’

Juan Radrigán, who died last year, was one of Chile’s foremost playwrights, winning the prestigious National Performing Arts Prize in 2011. Active during the Pinochet regime and beyond, his work centred on giving voice to the voiceless – the poor, the marginalised, and those left behind by the privileged classes. Radrigán was a self-taught writer, the son of working class parents, and had laboured as a textile worker and union leader; as Head for Heights’ translator Professor Catherine Boyle says, he “not only wrote of the margin but from the margins.

Although focused on showing lives scarred by oppression, Radrigán’s dramatic style is not rooted in the dreariness common to British ‘kitchen sink’ dramas. He recognised that there was poetry in the language of the street, the campamentos, and isolated rural communities. This language was not always easy for those not living in the margins to understand (and can present a challenge to those who choose to translate it), but its lyricism is unmistakable and gives us access to lives that are often hidden to us.

Though he did not directly address Pinochet within the subject matter of his plays, the brutality experienced by his characters obliquely referenced what life was like under the regime. An example of this is Las Brutas (1980), presented by Head for Heights in 2011 at Theatre503 as Beasts, and translated by Catherine Boyle. The play is based on the real story of three indigenous Andean sisters who were found hanged from a rock, with their animals slaughtered beside them. Rather than focusing on the mystery of their deaths, Radrigán tells the story of their lives, weaving the loneliness of extreme isolation and fear with laughter, music, and love. He condemns the society that rejects the sisters, whilst celebrating the beauty in their existence.

Head for Heights’ most recent Radrigán production is Mad Man Sad Woman, running at London’s The Space 20 June – 8 July, and again translated by Boyle. This time the setting is an urban one, a condemned house in a shantytown that is being demolished. Huinca (Bil Stuart), an alcoholic dying of cirrhosis of the liver, has been abandoned in the house with ageing prostitute Eva (Sadie Shimmin). Although the two argue, the fear of the violence and desperation both have experienced in the outside world keeps them clinging to the hope that they can make a life for themselves in the small patch of rubble they can claim as their own. Yet, the sound of the encroaching bulldozers invades their tender attempts at love.

The links between Eva and Huinca’s story and modern-day Austerity Britain are clear, and particularly resonant within the political and social calamity of the last few months. Head for Heights’ methodology of translation, which involves a development period where actors, directors and translators work collaboratively to find the words most suitable for British ears, ensures that the lyricism of Radrigán’s original play is maintained, whilst the layers of meaning can be presented in a way that is accessible for British audiences. As Boyle says, “it forces the imagination to open up to the languages around us that are not properly audible, and to the fault lines of historical experience that sadly unite us”.

In presenting Mad Man Sad Woman in 2017, in a London now riddled with clear signs of the disparity between the rich and the poor, Head for Heights are not only bringing much-deserved attention to a playwright who is not well known in the UK, but giving voice to those in British society who are struggling to be heard.

Mad Man Sad Woman, by Juan Radrigán, translated by Catherine Boyle and directed by Sue Dunderdale is running at The Space, E14 20 June – 8 July. Tickets can be booked via space.org.uk.

Alongside the production, there will be rehearsed readings of new Chilean work on 24 June, a post-show Q&A titled ‘Voices in Translation’, featuring representatives from Out of the Wings and Legal Aliens on 29 June, and a workshop for actors, directors, writers, and translators on collaborative translation on 7 July. For more details, visit The Space’s website, or headforheights.org.uk.