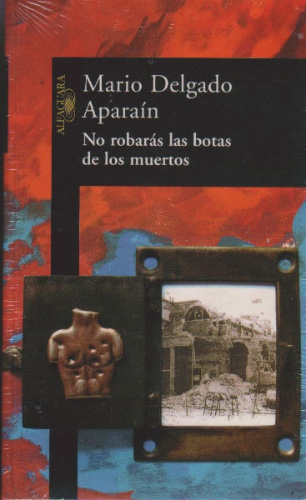 The infamous ‘War of the Triple Alliance’ (1864-1870) constitutes a watershed moment in the history of South America. The Brazilian, Argentinean and Uruguayan armies joined hands and invaded Paraguay to remove its leader, Francisco Solano López. The sheer loss of Paraguayan life was so ghastly that Juan Carlos di Nicola subtitled his history of the conflict as ‘Un Holocausto Infame.’ The eminent historian, Prof. Will Fowler, estimates in his Introduction to Latin America that after vigorous years of resistance, the Paraguayan male population was decimated by nine-tenths.

Yet Uruguay’s participation in this alliance was far from straightforward, since there was great solidarity between the blanco government in Uruguay and López in Paraguay. It was a disgruntled Uruguayan caudillo from the colorado party, Venancio Flores, who invaded his country in 1863-4. Supported by the Argentinean army of Bartolomé Mitre and the Brazilian forces led by Mena Berreta, the Uruguayan city of Paysandú fell under siege for 33 days before being defeated. The badly-armed troops which defended the northern city were lambasted daily by the artillery of the powerful invading army. These heroic soldiers chose to die rather than surrender to the imperial forces – a landmark event in Uruguayan history, especially for the collective memory of the blanco party.

Following a 10 year-long writing process, Mario Delgado Aparaín has carved No Robarás las Botas de los Muertos, a 200-page novel set at the siege of Paysandú. Winner of numerous prizes (including the Premio Rulfo), Aparaín is a leading figure in the contemporary Uruguayan literary landscape, famous for other renowned novels such as La Balada de Johnny Sosa (1987) and Tango del Viejo Marinero (2015).

The narrative viewpoint is external, though heavily based on the fictional diaries written by the Andalusian Martín Zamora, who was first a prisoner in Paysandú and then fought as a soldier. This allows the author to tell the story from a fictional and perspectival point of view, freeing himself from the constraints of official history.

The narrative is also told from below since the reader is thrust into a cell instead of the general’s office. In fact, we only see snippets of the high commander of Paysandú, Leandro Gómez. Stuck in his cell, Zamora meets Raymond Harris, a British soldier accused of spying for the Argentineans, and Hermes Nieves, a slave trader imprisoned for stealing horses and kidnapping black women.

It is Harris, a fictional character, who offers the starkest reading of the real causes behind this war. Uruguayans are just a ‘pawn in their game’, to borrow a phrase from the 2016 Nobel laureate for literature. It is British merchants and Brazilian bankers who have a specific interest in a regime change in Paraguay. Harris embodies a line of thinking which argues that López’s protectionist policies were the reason why imperial forces wanted to remove him, so that foreign businesses could also permeate into Paraguay. “Not very different to what I saw in India”, claims the Englishman.

The narrative is structured in a chronological fashion, covering the month-long siege and split into short daily entries. The style is quite factual and testimonial, and there are very few sub-plots beyond the struggles of daily resistance. Like Christopher Nolan’s Dunkirk, war isn’t sentimentalized; rather, we simply witness the nitty-gritty fight for survival from one day to the next. Yet Nolan expertly uses several cinematic means to immerse the spectator into his world, while Aparaín’s narrative can feel slightly truncated at times.

Verdict: A carefully researched novel which vividly captures a tumultuous period of Uruguayan history, yet falls short in fully engaging the reader due to slim characterizations and its stylistic monotony.