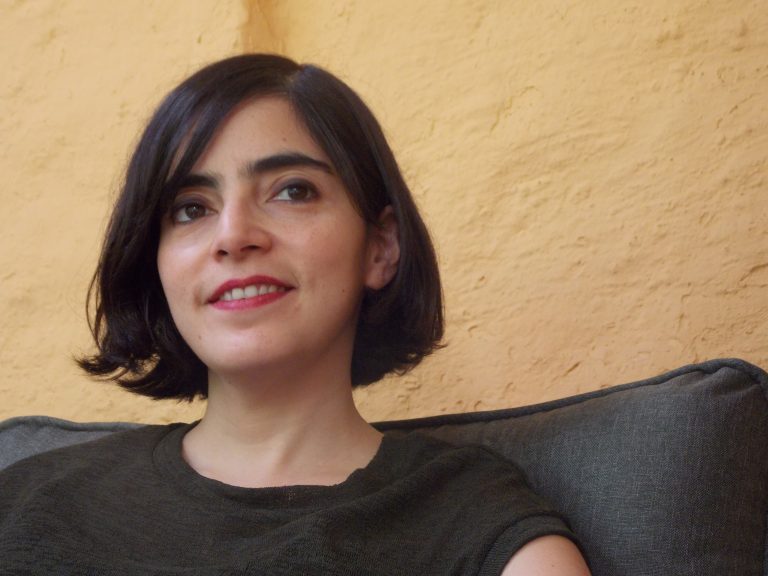 The Remainder is Alia Trabucco Zerán’s first novel and nominated for the Man Booker International Prize 2019. It places Trabucco alongside writers like Hang Kang, Philip Roth and Alice Munro.

“I had part of the story with me since my early twenties and only felt I was able to write the voices when I was 27 or 28,” Trabucco tells me, sitting across the table in a café in London’s Bloomsbury. The project had to mature inside her before she was able to express it the way she wanted. “When I started writing this novel, I started crafting the voice of Iquela, the woman protagonist, which came naturally to me,” she explains. “Then the more I wrote that voice the more I needed a second voice. Something that would break the linear narrative and so I started trying out Felipe’s voice over and over until all of a sudden I had it. The moment I had it, I had the novel. And then it came really easily it was kind of writing a rhythm.”

Set in Chile, The Remainder is the story of Iquela, Felipe and Paloma whose parents were anti-Pinochet militants and pay the consequences as political prisoners, in exile, and worse: killed by the regime. These consequences run in the veins of the next generation, an obstacle they find difficult to move on from. Having been born in 1983 (Pinochet’s dictatorship ended in 1990) Trabucco says, “there is this question of how my generation deals with the pain and violence of my country’s past. How knowing that people were tortured, disappeared or forced to leave the country, impacts you and your imagination.”

In the novel Iquela and Felipe live with their parents’ past. “Iquela is more introverted. She is trapped by her mother’s memories,” Trabucco explains. “Felipe is a very damaged person. He has a lot of pain and he deals with this pain through a very violent imaginary,” she continues. “Paloma is the outsider who breaks the fragile balance between Iquela and Felipe.”

Iquela and Felipe are the narrators; the chapters alternate between the two. Instead of numbers Iquela’s chapters are marked by empty parentheses. “The empty parentheses are her search for her own words. She inherited her mother’s words but deep down she wants her own voice,” Trabucco says. Felipe’s chapters are numbered starting at eleven and counting down to zero. It is a reflection of “Felipe’s numerical obsession of subtracting dead bodies that he imagines on every corner of the city to match the number of dead with the number of graves in Chile.”

After Paloma’s mother dies in exile in Germany, Paloma decides to repatriate her mother and bury her in Chile. A rain of ashes falls over Santiago de Chile and the airplane carrying the dead body is redirected to Argentina. The three main characters rent a hearse and drive to Argentina. “Doing a road trip to find a body is their own story. It is about reclaiming a future,” Trabucco explains.

The three characters have sexual encounters with same sex partners. When I ask about this she replies: “I’m glad you mention the queerness of the characters because that is something that is not very commented on in Chile, especially because it’s something that is still taboo. The three characters have a queer relationship with their bodies and with the others because it gave them the desire to transgress and for me that made them a lot more complex and different than their parents’ generation.”

Chile’s history also had an impact on Alia Trabucco Zerán as she studied law because of her country’s past “I wanted to be a human rights lawyer, and I decided this very early own, and that decision, if you can call it a decision —I was seven or eight years old— was deeply influenced by the context,” she says. “I remember watching TV when I was seven and the news would be images of bodies and bodies that they would find,” she reflects. “So I had a fantasy of becoming a human rights lawyer who would make justice.” But after two years in law school she realised it wasn’t meant for her. Parallel to her studies she attended literary workshops and ran a literary magazine. After graduating as a lawyer she moved to New York and studied a Masters in creative writing at NYU. “I was like ‘this is it. This [law] is not what I want’. I just wanted to submerge myself in language and in writing,” she adds.

Trabucco then moved to London to do a PhD at University College London, to “research real women who committed violent crimes throughout the 20th century and how society and how culture portrays their crimes.” This research became Las Homicidas, her latest book in Spanish which she was due to launch in Chile after this interview. “The core of the book is ideas, about what happened with society when women break not only criminal law by committing these crimes but the laws of gender and femininity,” she says.

The Remainder is published by And Other Stories. Alia Trabucco Zerán will be discussing the novel at London’s Rich Mix on May 15th, in an event chaired by Literary South and part of the FLAWA Festival.

This article was originally published by Literary South.

You can read the opening chapter from The Remainder here on Sounds and Colours.