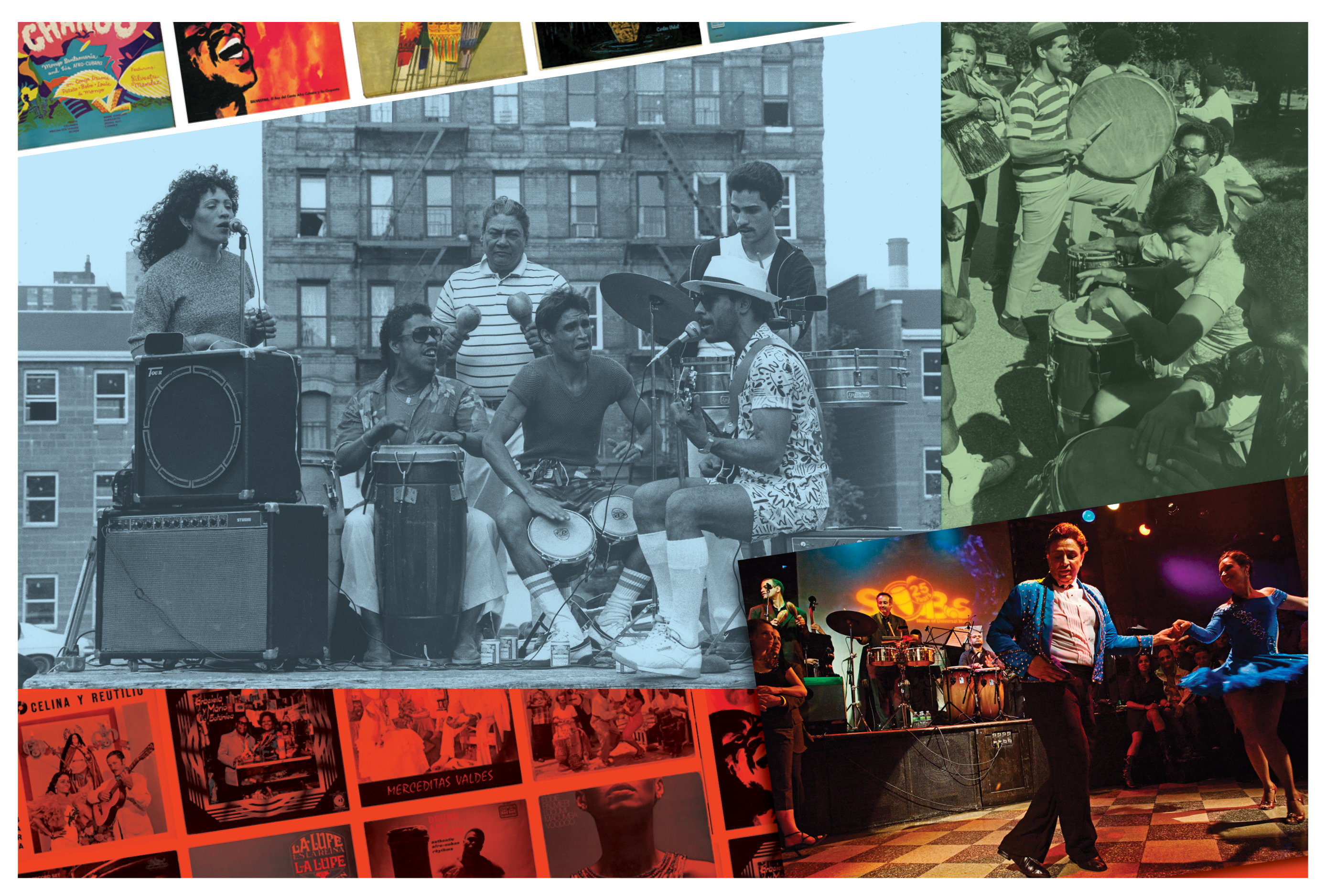 With the publication of the anthology Rhythm & Power: Performing Salsa in Puerto Rican and Latino Communities, curator Derrick León Washington, with help from co-editors Priscilla Renta and Sydney Hutchinson, expands the multidisciplinary experiment that began at the Museum of the City of New York last June.

Whereas the groundbreaking bilingual exhibit “Rhythm & Power: Salsa in New York” offered a glimpse of a history that dates back to the Mambo era of the 1950s and continues into the present, the anthology, a product of an academic conference organized in tandem with the exhibit, shifts to a more critical discourse and builds upon themes of resistance, community, and latinidad.

“The salsa generation focused on issues that were important at that time,” says Washington. In turn, there is an important parallel, Washington explains, to the way in which salsa “connected people, especially in the Puerto Rican and Latino communities, to understand and talk about political issues” during the late 1960s and 70s.

For example, in her essay, “On Social Dancing and Social Movements: Salsa and Resistance,” Sydney Hutchinson “looks at salsa dancing as a form of resistance in the Trump era.” Social activism was of course one of the central themes of the original exhibit, and can be found in the lyrics of many pioneering salsa artists. Hutchinson goes on to discuss the subversion of gender roles in partner dancing, among other things.

Another parallel to the exhibit can be found in the essay by Marisol Berrios-Miranda, entitled, “Bailando salsa en la sala: How We Learned To Dance And To Live.” Washington notes that while Rhythm & Power highlights the growth of New York salsa dancing in community spaces throughout New York City, Berrios-Miranda uses her own family experience to talk about “the space of the home and the living rooms, the sala, and its importance in sharing traditions [and] keeping the culture alive.”

The third essay in the collection, “Marc Anthony 3.0: Toward a Critical Salsa Romántica,” is by Frances R. Aparicio. Salsa romántica is of course known as a genre that emerged in the mid-1980s, much to the disappointment of fans of the original salsa dura that preceded it. The transition from socially conscious lyricism to love ballads was included in the exhibit, with Anthony donating his sheet music and microphone stand. Nevertheless, Aparicio looks at salsa romántica as “a central form of resistance even though it is part of what is considered neoliberalism,” explains Washington. The essay also discusses the racialization of Marc Anthony, as well as his place in pop culture.

Ismael Rivera, also known as Maelo, is the subject of the final essay in the book, “Maelo, El Sonero Mayor: Theorizing Song and Soneo as a Medium of Mutuality.” Author Cesar Colon-Montijo cites Rivera as an example of the way in which some artists went beyond the sounds and influences of New York salsa. This too was emphasized in the original exhibit. A floor map the length of the main room of the gallery established Spain, West Africa, and the Circum-Caribbean, among several of the important cultural hubs that contributed to the birth of salsa in New York.

In other words, beyond its popularity as a worldwide phenomenon, salsa has always been the product of overlapping communities, Latino, Puerto Rican, and so on. But at the heart of this discourse, according to Washington, is a “social movement based on artistry.” Moreover, he says, “Salsa is always changing, it’s malleable, and we connect it with what is happening today.” So while “Rhythm & Power” may have offered a glimpse into the world of salsa, Rhythm & Power: Performing Salsa in Puerto Rican and Latino Communities can be considered yet another step in its evolution.

Rhythm & Power: Performing Salsa in Puerto Rican and Latino Communities is published by the Centro Press and available for purchase here.