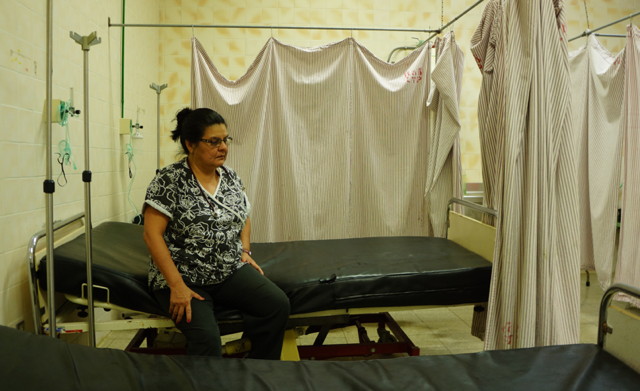 ‘A Quiet Inquisition’ and Women’s Abortion Rights in Nicaragua: An Interview with Holen Sabrina Khan

Screening as part of the current Human Rights Watch Film Festival in London, A Quiet Inquisition looks at the situation encountered by doctors and patients in Nicaragua following the introduction of a 2007 law which bans abortion under any circumstances, including cases of rape or when the woman’s life is in danger. The film follows Dr Carla Cerrato as she is conflicted by her sense of duty to patients and her support for the left-wing government which introduced the law. Dr Cerrato’s predicament serves as a conduit through which co-directors Alessandra Zeka and Holen Sabrina Khan examine the issue of women’s rights in Nicaragua and the ethical dilemmas facing medical staff there. Khan told us about her hopes for the film.

Why did you decide to make A Quiet Inquisition?

We were surprised by the severity of the ban and felt the importance and urgency of shining a light on the difficult position hospital doctors were finding themselves in. Often they were dealing with emergency cases where they had to make life and death decisions quickly – but now the life saving medical protocols they had been trained in had been rendered illegal by the law, leaving them in a quandary. The impact of the law was stretching far beyond a debate around abortion politics, into the fabric of maternal health, the lives of doctors, and having a far-reaching effect on Nicaraguan society.  This felt like a story that needed to be told, and one that had significance for any country considering such bans.  As filmmakers we are interested in telling stories that are intimate, nuanced, and capture a strong sense of place that is both specific and relatable. This is what we hope is present in A Quiet Inquisition.

What do you hope people will take from the film?

We hope this film transcends the “for or against” polemic about abortion, and instead shifts the focus to maternal health and the direct impact of banning therapeutic abortion. We want to instigate a conversation about the autonomy of doctors and their ability to make medical decisions without becoming political pawns. We hope that viewers consider the layers of the story and the resonance of having a conflicted figure at its center. The film is the story of the lived experience of a doctor, and her encounters with patients and colleagues within the environment that the law has created. Her feelings are complicated – as she is opposed to the law, but supportive of the government that has implemented it, with a personal history and stake in the success of the Nicaraguan revolution.  We also hope that the issues illuminated in the film will cross borders – that viewers can respond to the geographic specifics of the story, but also look to what is happening in their own countries as well.

What is being done to address women’s abortion rights in Nicaragua?

Recently Chile’s stance to repeal it’s own total ban on abortion has given us hope that things can change legally in the future in Nicaragua. We hope that our film can help bring about that change. The hope is to work with the government to do this rather than against them, by illuminating the daily impacts of the law, and growing our network of allies.  One of the most important ways we have been and will continue to highlight this issue and address the theme is via screenings and discussions with medical students and medical practitioners across the US and abroad, so that the doctors of tomorrow don’t find themselves in the position doctors in Nicaragua finds themselves in today.

Can the festival help?

Screening the film in the Human Rights Watch Film Festival is particularly important to us. HRWFF’s work in contextualizing and highlighting the issues that are raised by our film, and the other films in the festival, provides a platform in which to consider ideas and actions in a really thoughtful and powerful way.

A Quiet Inquisition is screening at the Barbican on 25th March and at the Ritzy Brixton on 26th March. Tickets are available through the Human Rights Watch Film Festival website. A section of this interview originally appeared in an article for The Quietus.