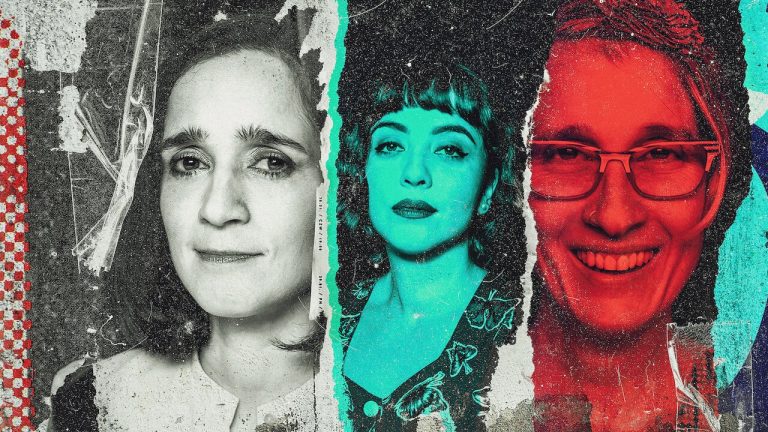 Break It All: A Revival of Latin American Rock

Netflix six-part documentary series Break It All (Rompan Todo) has revived all the music that was, as a Colombian born in the 80s, the soundtrack of my adolescence. With footage of a time when the now infamous MTV showed music videos, I’m thrown back to the day in 1995 when I first saw Café Tacvba’s MTV Unplugged. I rushed the next day to buy Re, an album hailed as “the equivalent of The Beatles’ White Album for the rock en español movement” by The New York Times.

Break it All explores the birth and evolution of rock in Latin America from the hit “La Bamba” by Mexican American Ritchie Valens in 1959 all the way to the noughties. In each episode a diverse range of musicians are featured as interviewees or through archive footage to share anecdotes that construct the narrative of this series.

At the beginning of the 60s in Mexico bands like Los Teen Tops began to make covers of American rock ‘n’ roll songs but with the lyrics translated into Spanish. Argentina, Chile and Uruguay followed this trend propelling a process of appropriation and transformation that ended in rock that sounds 100 per cent Latin American.

Parallel to this history of rock the documentary unfolds the political context that shaped rock in Latin America: dictatorships in Argentina and Chile, student movements, the massacre of Tlatelolco in Mexico, the coup d’état against Salvador Allende, the Falklands war, the Zapatista guerrilla movement in Mexico. Rock in Latin America is an expression of counterculture that was banned, censored and persecuted, becoming a music of resistance.

Through this narrative we see how political events had effects on the alternative music scene. In Chile when Salvador Allende came into power musicians started to sing the social issues around them giving birth to the folk genre nueva canción Chilena (New Chilean Song). The most important figure was the troubadour Victor Jara who was killed by Pinochet’s regime.

In Argentina in 1982, after the Falklands war, there was an anti-English resentment and radio stations started playing music only in Spanish which gave a boost to rock from the region. In 1983, after the dictatorship was over, there was a huge explosion of art and creativity.

The influence of rock from the US and England is palpable throughout the decades: The Beatles, The Rolling Stones, The Police, Bob Dylan, David Bowie, Sex Pistols are some of the bands named in the different episodes. Latin American musicians are compared to their English counterparts like Tanguito – whose legend captured teenagers like me in the 90s with the film Tango Feroz – is compared to Syd Barrett. Victor Jara is compared to Bob Dylan and Charly Garcia, whose lyrics were a vital part of my education in life, is compared to John Lennon.

A female icon in Latin American alternative music is Andrea Echeverry, the singer of Aterciopelados. The documentary portrays how Echeverry is a role model for young female musicians like Julieta Venegas and Mon Laferte. With albums like El Dorado, music videos like “Bolero Falaz”; and lyrics for songs like “El Estuche”: “look at the essence, not at the appearances”; Aterciopelados and Andrea Echeverry herself play an important part in my first steps towards feminism.

A music festival in 1971 featured in Break it All that shaped the rock scene in Mexico was Avándaro, the Mexican Woodstock, which attracted more than 250,000 young people. The Mexican government realised the power of rock music to unite people and perceived it as an enemy, setting in motion a decade of repression of rock; banning live music and pushing the rock scene to illegal gigs in basements known as hoyos fonky (funky holes).

The documentary explains how the media played an important role in the expansion of Latin American rock, like the publicity campaign Rock en tu Idioma (rock in your language) that promoted the music of rock bands in Spanish at the end of the 80s and beginning of the 90s. In 1993 with the arrival of MTV Latino a unified Latin American rock scene is consolidated.

The executive producer of Break it All is the Argentinian musician, composer and record producer Gustavo Santaolalla and the bands he produced are given considerable space in the documentary series, which has caused a lot of negative criticism from other Latin American musicians. The documentary does have things to improve, like claiming to be the history of rock in Latin America when only five countries are featured; Brazil and rock in Portuguese are completely left out. Admittedly if there was no Break it All there would be no discussion, there would be no controversy, and Latin American rock in Spanish wouldn’t be in the news again. Let’s hope that the discontent Break it All has caused among musicians that felt left out encourages more documentaries about Latin American rock. As Santaolalla states in the documentary: “rock is not dead, rock is hibernating”.

Break It All is available on Netflix