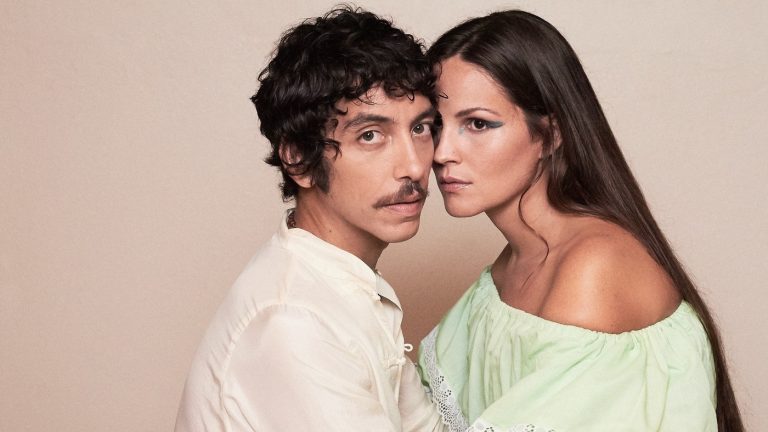 Times have been tough in Puerto Rico in recent years, with the devastation caused by Hurricane María, followed by protests at government corruption, another natural disaster in the shape of an earthquake that hit the south of the country, and an ongoing economic crisis, not to mention the fact there’s a pandemic going on.

It’s this Puerto Rico that Buscabulla returned to in 2018 after ten years in New York. This journey home has been documented in their recent album Regresa and a soon-to-be-released documentary. Their latest video “Mío” zooms in on the disaster capitalism engulfing the island, with tourists and developers being welcomed as a way of investment, yet also generating anger for their lack of empathy or connection with puertorriqueños. This has been exacerbated by the number of tourists who have arrived during the pandemic, yet have refused to wear face masks, for instance.

Here’s what the band have to say about the video: “‘Mío’ is a look outside the tourist’s gaze in Puerto Rico, with recent natural disasters, an ongoing economic crisis and now a global pandemic accelerating gentrification and foreign development. It depicts the island’s picturesque landscapes in contrast with the gritty aesthetic of notorious local festivities which themselves preserve and expand our culture while existing beyond the market forces trying to erase them.”

The video was created during lockdown, using new footage (shot across the island, in Playuela, Aguadilla, Adjuntas, Santa Isabel, San Juan, Ponce and Hatillo) cleverly interspersed with video of Puerto Rican folkloric celebrations and other images created for their Regresa documentary, for a result that is one of the most seamless lockdown music videos we’ve seen.

“Despite our neocolonial reality it will always be our right to assert our own dignity and self-respect. What we are claiming as ours goes beyond what money can buy. Home is even more than land, it is our culture, our people and our history, with all its lights and shadows”, add the group.