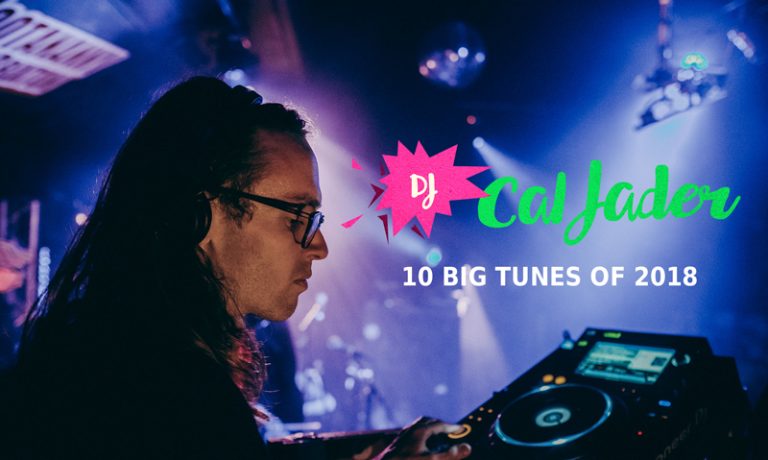 Few know better the freshest tunes coming out of Latin America than Cal Jader – one of the busiest tropical DJs in the UK, and the man behind the Movimientos radio show, record label and parties. It’s for this reason that we ask Cal each year to pick his favourite new dancefloor fillers, and so here he is to give you his rundown on the best bass, funk, chicha, trap, electronic and downright groovy tunes that he’s been playing out over the last 12 months. These are guaranteed to speak to the hips. Also head to the bottom of the page to check out Cal’s favourite albums, compilations and labels of 2018. Here’s Cal to run you through the selection:

One of the best new producers from São Paulo, bringing warmth (and a Sango-esque) soulful touch to that baile trap sound so popular this year. He’s equally adept at flipping some Afro-Brazilian roots flavour on a hip hop beat or disco boogie, and his track “Kika” (from the awesome Team Oneself compilation Afrika, comes a very close second to this.

Almost 10 years after dropping some of electro-cumbia’s most seminal tracks we wondered where the hell El Hijo de la Cumbia had gone, but this year he delivered an album worthy of his reputation. For me, the standout came in the form of this collaboration with Cuban rapper (and fellow Parisian) La Dame Blanche, managing to bridge searing cumbia bass with trap and anthemic horns.

My favourite track from surely one of the compilations of the year, Palenque Remixed Vol 2, on Galletas Calientes. The Umoja boys vibe up the dance with this champeta bounce and some serious low end bass.

Despite “Ilalo” probably being the standout track from a great album, this track featured in more of my DJ sets and has a certain life-affirming euphoria, proving yet again that Chancha and Lido Pimienta is a dynamite combo.

Most of the Guampara crew contributed to the decent ¡Súbelo, Cuba! album on Browswood but on this single release they showcased the talents of most of their distinctive vocalists and rappers and the afrobeat and trap-tinged production felt particularly fresh.

Sometimes simplicity is best when it comes to edits and this one perfectly refines the attributes of this sweet chicha classic adding some spaced-out effects and dubbing to accentuate the psychedelic impact.

One for the end of the night crew from another compilation of the year, Shika Shika’s Union Vol. 1, mesmeric futuristic filtered techno for the Latin American downtempo generation.

Labels of the Year