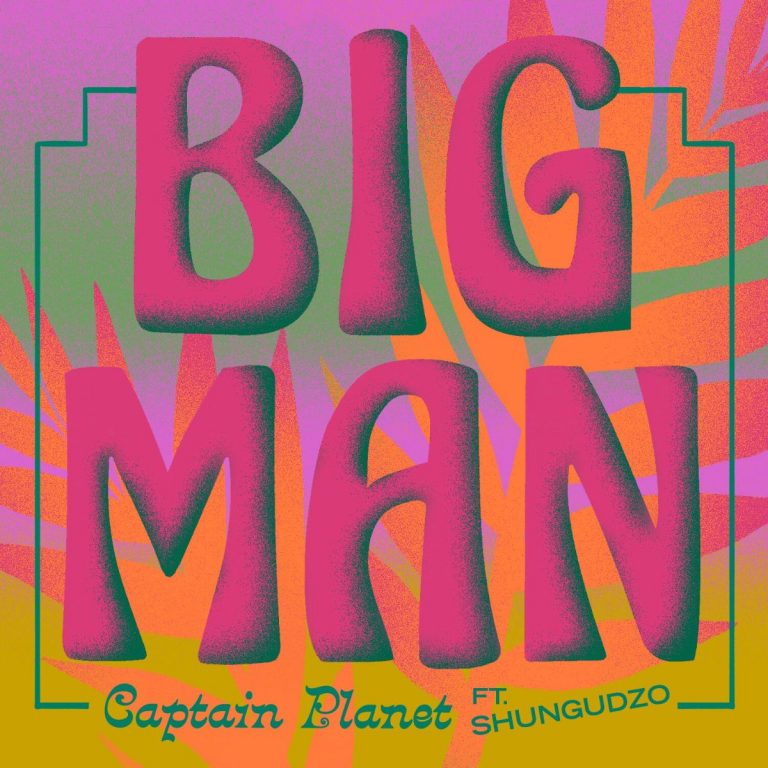 It’s been a little while since we’ve heard anything from Captain Planet, three years to be exact, since his collaboration with Chico Mann and his latest single “Big Man” certainly lives up to the age-old saying that good things come to those who wait. Planet (real name Charles Wilder) has something of a trademark sound, it’s funky Caribbean-inspired vibes over a bass line that makes you want to move, and that’s even before you start to pay attention to the lyrics. Wilder has his own sound, one you will recognise as soon as the first few bars of ‘Big Man’ hit your earlobes.

Taken from his upcoming album No Visa, Wilder has teamed up with Zimbabwean singer Shungudzo to create a track that has a distinctly Afro sound. Inspired by hip-hop ‘boast’ tracks, “Big Man” flips power on its head. Think bragging and sky-high aspirations inspired by balafon music native to West Africa over the kind of beat that you would expect from a grime or hip-hop track. It shouldn’t work, but it does.

“Shun is speaking in the voice of the underdog, dreaming about being on top, the underlying desire that keeps capitalism afloat, while at the same time bragging that if she did have diamonds in her cereal, she’d be making it rain on Skid Row,” Wilder comments. This is one underdog with sky-high aspirations.

Originally inspired by the colonisation of Africa, Wilder and Shun used this as a reference point against which to compare the present day. “The voice in this song is the voice of a Robin Hood and liberator of sorts, who not only wants to take from the rich in order to give back to the poor, but also to make the rich suffer in the same ways that the poor have suffered for so long.” Shun adds. As soon as that beat drops halfway through the single, you can feel yourself being ‘called up’ to join their cause.

“Big Man” is available from Spotify and elsewhere. Pre-orders for No Visa can be found on Bandcamp.