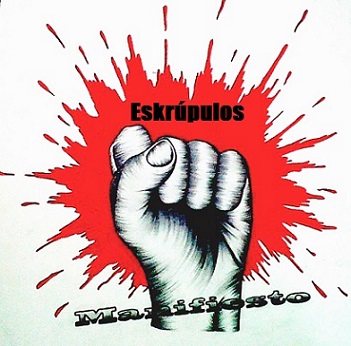 We’re really excited to bring you the premiere of the brand new single from São Paulo’s Eskrúpulos, the project of hip-hop heads Malik de la Torre and Pancho P.

“Manifiesto” is the first track to be taken from a forthcoming Eskrúpulos EP. It features Malik on lead vocals, backed up by Pancho, who also produced it. Eskrúpulos began when Pancho (half Brazilian, half Bolivian) met Malik, who had arrived in Brazil after moving from Honduras, his country of birth.

This mixture of origins is reflected in the music which contains a wide range of influences, largely due to Pancho’s investigations into Latin music, with just as much salsa or mambo as music that you would traditionally associate with Brazil. So far the duo have just released a handful of tracks that you can hear on their Soundcloud, but expect some really interesting developments in the future.